Terrorism is a real and serious threat to us all and we have seen that terrorists can strike at any time and any place without warning.

Lancashire’s focus is to work with, for, and on behalf of the communities we serve.

We know that the way to combat terrorist threat is to prevent people becoming involved in extremist activity in the first place and the Constabulary has led the way nationally in developing innovative initiatives that engage young people and encourages discussion between key groups.

Communities defeat terrorism. With the enduring terrorist threat, it is now more important than ever that everyone plays their part in tackling terrorism. Your actions could save lives.

That’s why Action Counters Terrorism (ACT) is encouraging communities across the country to help the police tackle terrorism and save lives by reporting suspicious behaviour and activity.

Like other criminals, terrorists need to plan. If you see or hear something unusual or suspicious trust your instincts and ACT by reporting it in confidence at gov.uk/ACT or, in an emergency, dial 999.

Our priority is to keep the public safe, by working together with key partner agencies and all our communities to tackle any form of extremism.

‘Terrorism’ is an action that endangers or causes serious violence to a person or people; causes serious damage to property; or seriously interferes with or disrupts an electronic system. The use of threat must be designed to influence the Government or to intimidate the public and is made for the purpose of advancing political, religious or ideological cause.

The UK Government defines ‘extremism’ as vocal or active opposition to fundamental British values. These include democracy, the rule of law, individual liberty and mutual respect and tolerance of different faiths and beliefs. Extremism also includes calls for the death of members of the armed forces.

‘Radicalisation’ is the process by which a person comes to support terrorism and extremist ideologies associated with terrorist groups. What are we doing about terrorism? 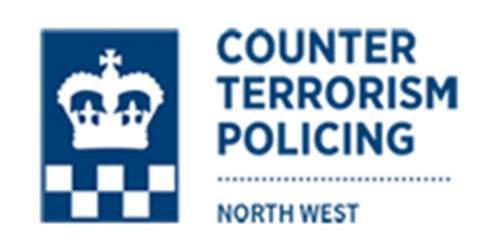 Let's Talk About It

If you suspect someone is involved in terrorism in any way: