Lancashire Constabulary is committed to creating an organisational workforce that reflects the varied and diverse communities that we serve, and we recognise that understanding our gender pay gap is an important factor to enable us this.

The gender pay gap highlights the difference between the average hourly pay rates of men and women across the organisation. This is different to recognising equal pay, which involves comparing the salary of men and women undertaking the same role or work of an equal value. The gender pay gap aims to demonstrate the difference across the organisation as a whole. 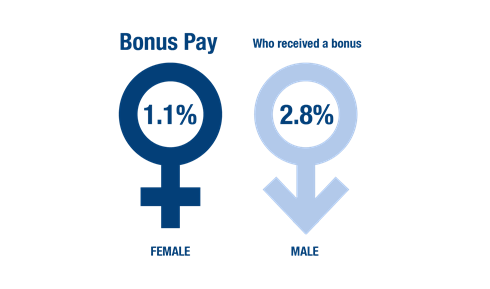 Figures as at 31 March 2019. In 2018/2019, 103 people received a bonus payment, representing less than 1.9% of the workforce. A bonus is paid in recognition of performing work of an outstandingly demanding, unpleasant or important nature.

The gender pay gap also examines the number and amount of bonus payments made. As at 31 March 2019, 2.8% of men received a bonus, compared to 1.1% of women. Whilst there is a difference in the number of bonuses awarded, the value of the bonuses was consistent across both genders, with both men and women receiving the same monetary values. 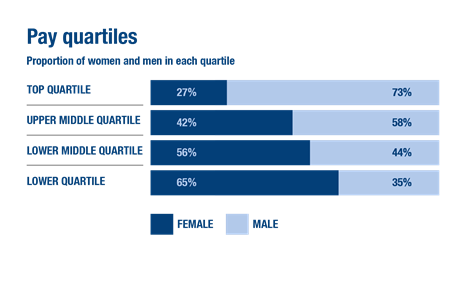 Pay quartiles involve the sorting the individual hourly pay rates of each employee into order from highest to lowest. The top 25% of earners are then categorised in the top quartile, whilst the bottom 25% of earners are placed into the lower quartile. This allows us to see the gender split across the highest and lowest earners in the organisation more clearly.

There are various factors that have an impact on the size of the gender pay within Lancashire Constabulary. Our workforce consists of two mains groups; police officers and police staff. Both groups have very different employment terms and conditions, with police officer role typically having higher salaries, with 67% of these roles occupied by men. In contrast, police staff roles typically have lower salaries, and women made up 66% of this group as at 31 March 2019. As proportionally more women occupy police staff roles in the organisation, this results in them holding a greater proportion of the lower-middle and lower quartile jobs.

Due to the significant difference between police officers and police staff, we feel it is also important to calculate the gender pay for each of the groups separately.

The median gender pay gap has reduced for the second year running for police officers, reducing from 1.9% in 2016/17, to 1.5% in 2017/18, and again further to 0.7% in 2018/2019. This is despite the percentage of female police officers remaining the same when compared to last year, and demonstrates that a greater number of female officers are progressing to higher ranks.

The gender pay gap for Police Control Room Operators (PCROs) remains higher in favour of women, but has also reduced slightly from 15.6% to 10.7%. This is largely down to the higher proportion of female staff in this role, where women make up 75% of the workforce.

The individual breakdown of roles demonstrates that the gender pay gap is not as severe as it first appears, and that the difference for each group of staff can be somewhat explained by looking at the proportion of men and women currently undertaking those roles.

Further to this, we have identified additional factors that are influencing the overall gender pay gap for Lancashire Constabulary:

How are we addressing the Gender Pay Gap?

Our gender pay gap demonstrates that despite continuing efforts to improve the representation in different ranks and role within our organisation, there is further work to be done. It also highlights the continuing need to identify the barriers that may prevent women from progressing throughout their careers, and provide support to help them overcome these.

Our strategy to reduce the gender pay gap will continue to focus on the key areas discussed in previous years: recruitment, progression, training and data analysis. Our Valuing Difference and Inclusion Board meets on a regular basis to discuss and progress workforce diversity initiatives, and will continue to provide support to positive action, coaching and mentoring schemes, and our departmental inclusion leads, in order to encourage a greater number of women both to join the organisation, and seek career progression.

There are significant cultural and societal changes required to address some of the causes of the gender pay gap, and whilst this will take time, we are seeing positive improvements in these areas. We will remain committed to continuing to work to reduce the gender pay gap further, and ensuring that the Constabulary is inclusive, diverse and supportive of all our officers and staff so that they can achieve their full potential, and continue to represent, support and serve our local communities well. 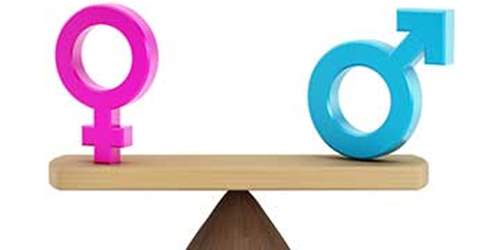 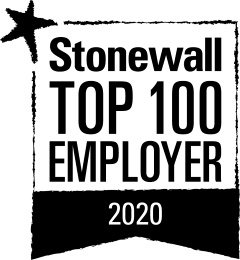 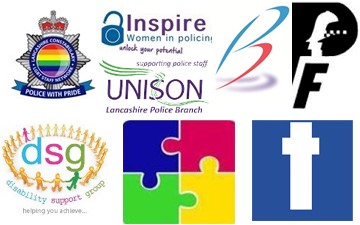