Two men have today (Wednesday, January 18) been jailed after a man was shot in the face in Morecambe. 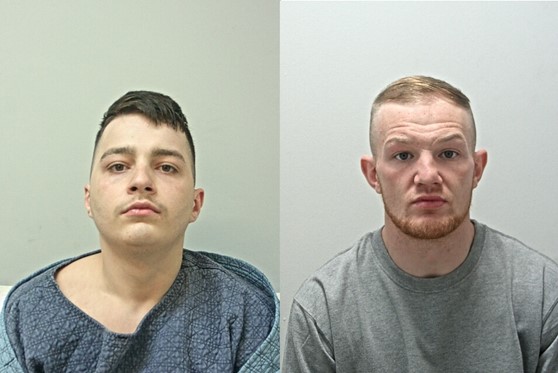 Joshua Giles (pictured, left), 21, of Pendlebury Road, Swinton, Manchester and Levi McCandlish (pictured, right), 27, of Borwick Court, Morecambe, were sentenced to a total of close to 30 years in prison at Preston Crown Court.

Police were called around 5.55pm on November 15, 2021, to reports of a suspected firearms discharge in an alleyway at the rear of Skipton Street.

Emergency services attended and found a local man, aged in his 20s. He was taken to hospital where he received treatment for life-changing facial injuries.

Police launched an investigation, recovering CCTV from the scene.

The footage showed several figures in an alleyway, with the victim targeted with an improvised firearm, also known as a ‘slam gun’.

A driving compression wad, of a size and type found in a shotgun, was recovered at the scene.

Further enquiries found a dark-coloured people carrier-type car had been in the area earlier in the day, travelling towards Morecambe from Lancaster, before returning.

The car, a grey Renault Espace, had been sold five days earlier to a relative of Levi McCandlish.

A day after the shooting, the vehicle was found in York Road, Lancaster.

Inside, officers found a face covering, as well as receipts and tags for balaclavas, gloves and face coverings. Enquiries found these items had been bought from a store on Euston Road, Morecambe, less than half a mile from the firearms discharge on Skipton Street.

CCTV footage from earlier in the day on November 15 showed two men, McCandlish and Giles (pictured), in the shop, buying balaclavas and a crowbar. The clothing of the men matched the items of those individuals pictured on CCTV in Skipton Street. 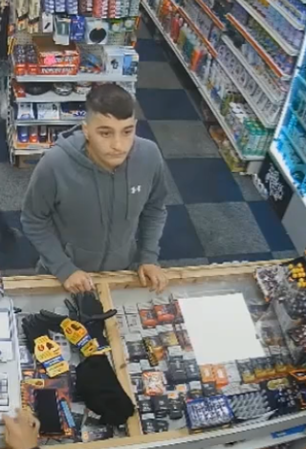 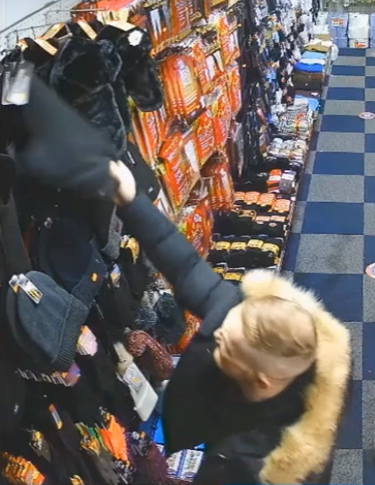 A number of people were later arrested by police in connection with the shooting.

McCandlish and Giles were charged with attempted murder. A 13-year-old boy was charged with wounding and possession of a firearm with intent to endanger life. The case against him was later dismissed.

McCandlish and Giles pleaded guilty at court to Section 18 grievous bodily harm and possession of a firearm with intent to endanger life.

Det Ch Insp James Edmonds, of Lancashire Police, said: “This was an absolutely horrific attack which left the local community shocked and appalled.

“It is remarkable the victim was not killed as a consequence of this incident.

“As part of a premeditated plan, Giles and McCandlish attacked the man with a ‘slam gun’, an improvised firearm. The pair used ammunition similar to cartridges from a shotgun, discharging the gun at close range. The victim was left with serious facial injuries and had to be placed in a medically induced coma as part of his treatment.

“After the weight of evidence was put to McCandlish and Giles, they entered guilty pleas and we welcome the sentences handed down at court.

“Their actions were deliberate and callous. The motivation for the attack has never been fully understood and neither McCandlish or Giles have offered any explanation as to why they attacked the victim. He suffered serious facial injuries and is continuing his recovery. It is clear the two adults paid no thought to the consequences of their actions and the impact this would also have on the 13-year-old boy they had brought along.

“Gun crime makes up a very small percentage of all crimes committed in Lancashire, but I hope this investigation shows anyone wishing to commit such offences will be dealt with quickly, robustly and should expect a significant prison sentence.”