TWO men have today been found guilty of wounding a man in a shooting in Preston.

Victim Jamie Robinson was at his mother’s address in Bowlingfield when he was shot through the front door with a 9mm handgun. The attackers had claimed they were the police.

The bullet injured his arm before going through his abdomen and fracturing his hip. The 32-year-old suffered severe internal injuries and lost up to two litres of blood. He only survived thanks to emergency surgery.

The shooting was carried out as a revenge attack planned by Paul Matheson who had come off second best during a pub fight with Robinson earlier in the evening of July 11th 2021, the day that England played Italy in the final of Euro 2020.

Shortly after being beaten up at the pub Matheson contacted a friend, Daniel Quinn, and the pair set off in Quinn’s Ford Focus, armed with a handgun, to the Bowlingfield address where the shooting took place. 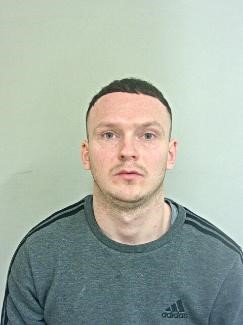 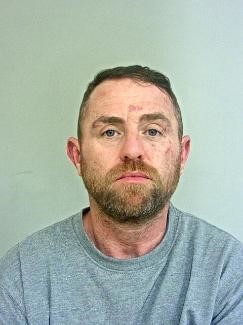 Detectives from the Force Major Investigation Team launched a major inquiry and pieced together the movements of Matheson and Quinn by examining their mobile phones and trawling through CCTV to track the vehicles. Unbeknown to the pair the Ford Focus was fitted with a tracking device which provided detailed evidence of the vehicle’s movements as it carried its occupants across Preston to carry out the revenge attack. 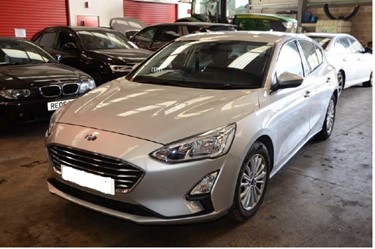 They were arrested and, following consultation with the Crown Prosecution Service, were both charged with attempted murder.

The pair had denied the charge and following a trial at Preston Crown Court were today (Friday, Sept 2nd) found not guilty of attempted murder but were convicted of Section 18 wounding with intent and possession of a firearm with intent to endanger life

Matheson, 39, of Houldsworth Road, Preston and Quinn, 30, of Holme Slack Lane, Preston will be sentenced on October 21st.

Detective Chief Insp Mark Haworth-Oates, from the Force Major Investigation Team, said: “The devastating impact of the criminal use of firearms has been all too apparent recently and it is only a matter of chance that this incident did not result in a fatality.

“What started as a pub brawl quickly escalated into Matheson and Quinn getting hold of a firearm and going to the address where they knew Robinson would be. They fired through the door, knowing that Robinson was crouched just behind it. The injuries that Mr Robinson sustained were serious and long lasting – they will have an impact upon him for the rest of his life and it was only because of emergency surgery that he survived.

“I am pleased with today’s convictions. I hope it sends a message that we will absolutely not tolerate the use of firearms on the streets of Lancashire. We will relentlessly pursue those who resort to such levels of violence and put them before the courts.” 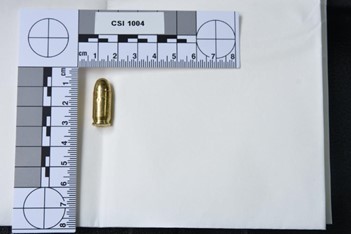 A live round found nearby