The family of 19-year-old Alex Tyson who sadly died following a collision on the M6 have paid a loving tribute to him. 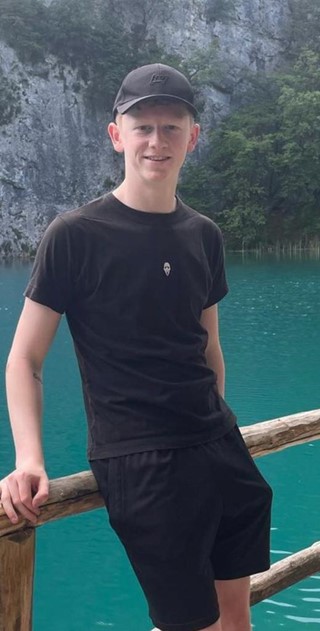 It is thought the collision happened at around 3.10am on Sunday (September 4) at the Junction 31 slip road at Samlesbury, when a Ford Fiesta left the carriageway and collided with a lamppost.

Emergency services were called when the vehicle was located around an hour later.

Alex, from Preston, was sadly pronounced dead at the scene. It is not thought any other vehicles were involved in the collision.

Alex’s next of kin are being supported by specially-trained officers and we send them our deepest condolences at this truly awful time.

In a tribute, Alex’s family said: “Alex was a precious son, brother, grandchild, nephew, uncle, cousin and a friend to all.

“Alex loved people and people loved Alex.  Age was no limit; he was a priceless gift to all that knew him.

“He was such a caring, compassionate, loving young man with a uniquely funny sense of humour and the ability to make people smile.  There are no words to describe how loved he was.

“Alex’ zest for life was like a breath of fresh air, his future was bright and full of promise.  He was on the verge of completing his apprenticeship at BAE Systems, returning home after every shift with the tales of the day.

“Alex had developed a love for travel visiting Croatia, Barcelona and Amsterdam recently with plans for more ventures.

“His greatest passion however was for his beloved Preston North End, holding a season ticket since he was a young boy.  Together with his friends he travelled the length and breadth of the country following the famous LillyWhites.  Alex also represented the fans group ‘Preston Supporters Collective’ meeting club representatives.

“His flame was only for a short time but it burnt brightly for us all to see and for us lucky few we bathed in the rays of sunshine that was Alex.

“Whenever Alex was with us he never failed to make us smile, fly high boy we will all miss you so very much.  Love you to the moon and back.

“Details of Alex’s funeral will be listed on William Houghton’s Facebook page.”

The southbound side of the carriageway was closed for around 10 hours while collision investigators attended and the road was made safe again.

We are continuing to ask for help piecing together exactly what occurred and would like to hear from anybody who saw the collision, saw the Fiesta in the area before the collision, or who was driving on that section of the M6 at around the same time and may have dashcam.

Sgt Helen Parkinson, of the Lancashire Police TacOps team, said: “First and foremost our thoughts remain with Alex’s family and friends at this extremely distressing time.

“Our investigation into what caused the collision is very much ongoing. We know the motorway will have been quiet at the time of the morning but somebody may have seen something that could help us.

“Perhaps you are an HGV driver who was in the area or maybe you saw the Fiesta in the moments before it crashed. There may also be people with dashcam who have captured something significant but haven’t checked it yet to realise. If you were in the area and have a camera in your car, please let us know so we can view it.”

Anybody with information is asked to get in touch on 101, quoting log 287 of September 4.