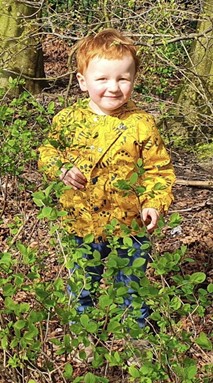 A man has been sentenced for causing the death of toddler George Arthur Hinds who tragically died in a gas explosion at his family home in Heysham.

Appearing in the dock at Preston Crown Court today (October 5), Darren Greenham, 44, was sentenced to 15 years after pleading guilty to George’s manslaughter.

Emergency services were called to reports of an explosion on Mallowdale Avenue in Heysham at about 2.40am on May 16, 2021.

When they arrived they found two houses collapsed, with serious damage to a third property.

Tragically George, aged just two years and 10 months, died as a result of the blast.

George’s parents were also injured, although thankfully not seriously. They were taken to hospital for treatment and later discharged. They continue to be supported by specially trained officers.

Residents from a neighbouring property were also injured as a result of the blast, although not seriously.

A criminal investigation was launched in the days following the explosion and detectives, assisted by gas experts, identified the cause of the explosion as a gas pipe which had been cut inside number 20 Mallowdale Avenue.

Investigations proved that Greenham was responsible for cutting the pipe with an angle grinder planning to steal the pipework. The gas meter was also found to have been bypassed in order to steal gas.

had been cutting and steeling other piping from within the property intending on selling it for scrap metal.

He told one witness four weeks before the explosion that he believed he would make £400 from the venture, which he would use to buy a car.

Following consultation with the Crown Prosecution Service, Greenham  of Ambleside Avenue, Lancaster, was charged with manslaughter, criminal damage to a gas meter and theft of gas.

Having initially denied any wrongdoing, Greenham pleaded guilty to all three counts in August.

“By Darren Greenham cutting a gas pipe to make a few quid I have lost my son, my absolute world, I am struggling to put into words how I relive the nightmare of the early hours of the 16th May 2021 every day.”

He continued: “I regret laying in that rubble screaming for help and being pulled out alive. I wish it would have been me that died and George could be with mummy doing magical things all three-year-olds should be doing, going to the park, swimming, opening his birthday presents and going to see Father Christmas.

“I could not bring myself to go in the ambulance with George and the guilt I feel about this is overwhelming. Having arrived at the hospital and seeing seven or eight people working on George’s naked body, to be then told by doctors that there was nothing more that could be done. The image of George laying there with the blanket up to his neck and his blue face will haunt me forever. Even the doctors had tears in their eyes. I honestly thought I was having a nightmare. I remember thumping my head trying to wake myself up.”

“After the explosion, being trapped in the rubble was the most scared I had ever been in my life. This was until I arrived at hospital to be told that George had died. Never ever have I felt so scared as in that moment in my life. I suffered some minor injuries as a result but still have issues with my legs and back.

“Walking into that mortuary and seeing my dead son laying in front of me will be a memory that will live with me forever. I was his ‘mummy’ and my job was to look after him – I had failed! Never would I see him start nursery or school, never would I see him open his presents on his birthday and at Christmas and never would I be able to see my little boy on Mother’s Day. All these days, together with the anniversary of his death, I dread. They should be happy times and instead I am full of sadness

She added: “The house, the car, my possessions can be replaced but George can never be _ I can’t describe in words how much I miss him. I am absolutely broken…..all because Darren Greenham cut a gas pipe.” 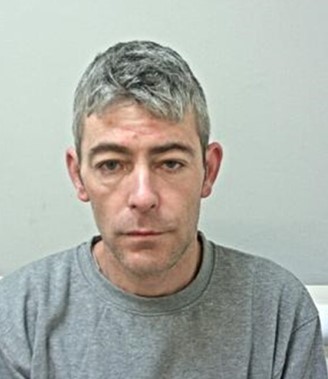 “Darren Greenham is a truly selfish and wicked man whose main motivation in the build-up to the fatal explosion was financial greed. His reckless actions caused the death of a completely innocent toddler and could easily have led to more deaths. He will have to live with that for the rest of his life.

“To describe Darren as the neighbour from hell would be a massive understatement. Not just in terms of the untold misery his actions have caused to George’s loved ones and the wider community of Heysham, but also in terms of his abhorrent behaviour in the months and years previous to that fateful morning. This included sickening abuse and insults directed at his neighbours, setting bonfires in his garden and dousing items in petrol, regular late-night DIY activities and more.

“No sentence will ever make up for the loss of George’s life or reflect the pain and misery Darren has caused. No-one should put their child to bed at night, a place of safety, and not be able to see them alive again. I am satisfied that he has been convicted of the serious offence of manslaughter and that George’s family have some sense of closure knowing that the case against the man responsible for his death has concluded.”

A 52-year-old woman from Lancashire will face a trial over an allegation of theft of gas at a later date. 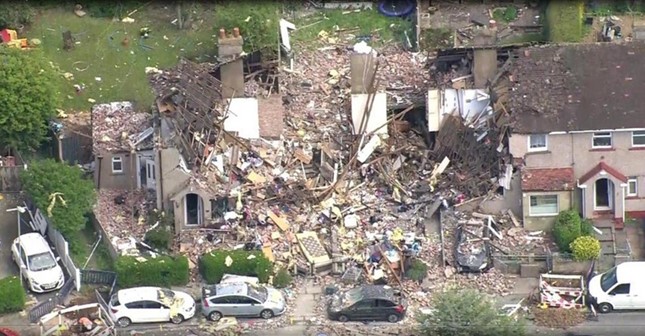