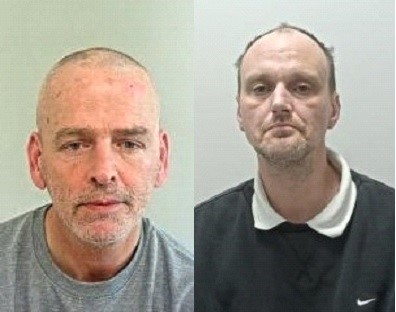 Two men have been sentenced to a total of 19 years and 6 months for their part in an arson attack in a rural area of Preston which killed a family dog and caused significant damage to a house.

We were called to an address on Sowerby Road at around 11.30pm on September 13th, 2020, to reports of a suspicious fire.

Officers attended and found the fire, which was started deliberately, at the front of the property, engulfing a large dog pen which was next to two gas cannisters. The dog was rescued from the pen but sadly died a few days later from significant burn injuries sustained in the fire.

The following night, we were called back to the same property after a second arson attempt was made when a bottle containing petrol was thrown at the house. Fortunately, it failed to light, and nobody was injured in the attack.

Detective Constable Mark Ryan from Blackpool CID said: ‘These were targeted and dangerous crimes which resulted in the death of a much loved family pet. The injuries suffered by the dog have caused a significant amount of trauma to the family and I thank them for their bravery in telling the court about the impact these crimes have had on them. Compounding this suffering, the offenders have returned and recklessly tried to set fire to the house with them in it. I hope this sentencing sends out a warning to people who think this irresponsible behaviour is acceptable, that they will be tracked down and prosecuted.’