A dangerous predator who raped a girl he groomed on Snapchat has been jailed for 12 years. 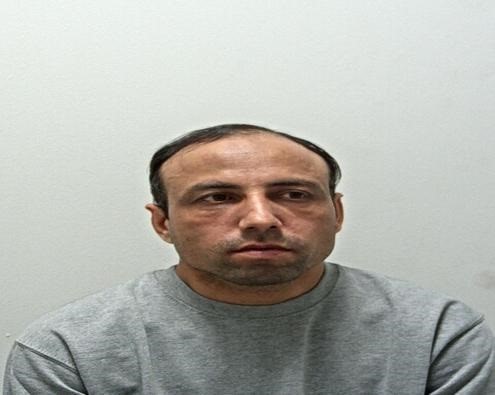 Sikander deliberately tricked her into thinking he was a 22-year-old man called Sanchez and even sent her a photograph of a younger man, falsely claiming that to be him.

The victim had been clear she was under the age of 16 throughout her online communication with Sikander.

Before meeting his victim, Sikander offered to shower her with gifts, talked about meeting up for sex and successfully convinced her to send sexualised images of herself to him.

Having set up the meeting, Sikander travelled from his Warrington home to meet the victim in Poulton-le-Fylde on July 15. He drove her to a remote locating in Preston and raped her. He then dropped her off in Blackpool town centre.

The victim told her family what had happened later the same evening.

We launched an investigation and Sikander was identified via CCTV footage of him dropping the victim off. He was arrested on the M6 the following day.

Since July the victim and her family have worked closely, initially with our immediate response officers who were able to secure important forensic evidence and a first account from the victim, and then with our Blackpool Child Protection Team who led the investigation and supported the family through what was a difficult and traumatic process.

Presented with overwhelming evidence, Sikander, of no fixed address, pleaded guilty to rape, child abduction and sexual communication with a child.

Ordering Sikander to sign the sex offenders register for life and making him subject of an indefinite sexual harm prevention order, Judge Guy Mathieson described the defendant as a dangerous sexual predator. He said that there were a catalogue of aggravating features in this case and the powerful victim impact statements read out in court reminded all present of the significant impact such crimes have on victims and their families.

In her victim impact statement, the victim said: “I try not to think about what happened but when I do I cry. It’s something I really struggle to talk about but I’ll try. I find images can pop into my mind and I’ll be with my friends and suddenly be sad. It really lowers my mood.

“I really don’t know how to feel. He’s made me feel stupid.

“I pretend I’m OK but I often feel like it was my fault. Could I have changed it? How naive have I been.

“I try hard to push my thoughts to the back of my head but I was scared and I don’t like being scared because it makes me feel weak. Before this happened I slept well but now I wake up often in the night. If I go out I get worried if I feel that a man is walking the same way as me and I’ll change my route. I won’t walk alone.”

DC Jamie Robinson, from the Blackpool Child Protection Team, said: “Sikander is a very dangerous man who targeted a child and put her through a horrendous ordeal. However, he underestimated the resilience of that child, her supportive family, and our joint determination to bring him to justice.

“The victim in this case was completely innocent and was entitled to go onto social media and socialise without a sexual predator targeting her and subjecting her to a horrendous attack. However, it should serve as a timely reminder to both parents and children to be cautious when using social media and not to take everybody at their word. If you are intending to meet someone you have met online in person, we would always encourage you to tell a friend or family member where you are going, meet in a public place and always keep the location setting on your phone live. Where appropriate always try and go with a friend.

“I welcome the significant sentence handed down to Sikander and I hope it gives other victims the confidence to come forward, knowing they will be listened to, believed and we will do everything in our power to put the perpetrator before the courts.”

If you or somebody you know if the victim of a sexual offence report it via https://doitonline.lancashire.police.uk/ or call 101.