A pervert who committed a sex act outside care homes in East Lancashire while wearing women’s underwear has been found guilty of indecent exposure. 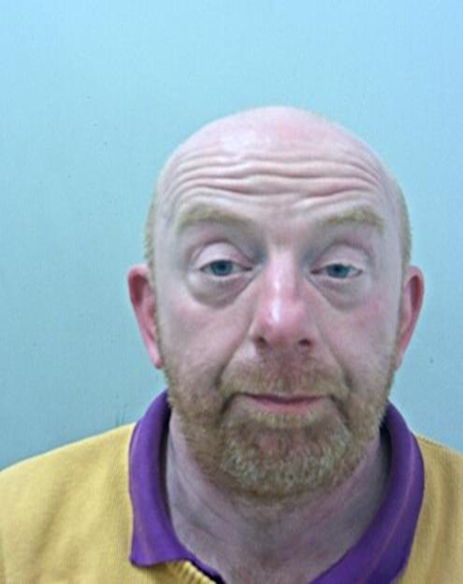 Shocked witnesses described how Paul Whittaker entered the grounds of various care homes in the area wearing women’s underwear, including a bra, knickers and stockings, and exposed himself to staff. He also wore masks or put underwear over his face in an attempt to hide his identity.

The first offence took place in Burnley at 4.30am and 5am on August 17, last year, when Whittaker was seen in the grounds of a care home wearing a white clown mask, white basque, pink bloomer style knickers, with stockings and suspenders.

The second offence took place in Brierfield at 11.15pm on New Year’s Eve when Whittaker exposed himself while wearing knickers on his head.

The third offence took place in Burnley between 7am and 7.15am on January 27 when Whittaker was seen exposing himself while wearing a mask and Spiderman-like jogging bottoms.

The fourth offence took place in Burnley at 6am on February 2 when Whittaker was seen exposing himself while wearing a ‘white bandage’ Halloween-style mask with blood dripping from it, a blue long sleeved top and a white bra.

The fifth offence took place in Burnley at 4am on April 24 when Whittaker was caught on CCTV exposing himself while wearing similar clothing to when he committed the same offence in Brierfield.

The final offence took place in Burnley at 2.50am on May 10 when Whittaker was recorded on a mobile phone exposing himself while wearing a head covering, suspected to be light-coloured underwear, a light-coloured bra on his chest, with a blue coloured nurse / medical top which was open at the front, ripped suspenders, and pink knickers.

Enquiries relating to a Peugeot 206 captured on CCTV around some of the times and locations the offences took place led officers to the home address of 53-year-old Whittaker.

Inside his then home in Berrington Way, Oakworth, Keighley, officers found numerous items, including, women’s underwear in the defendant’s bedroom and clothing matching that worn during the commission of the offences.

Following a trial at Burnley Crown Court, Whittaker, now of no fixed address, was found guilty of six counts of indecent exposure. He was remanded into custody to be sentenced on December 21.

DC Lee Walker, of Burnley CID, said: “Whittaker is a prolific offender who carried out his perverted offending over a prolonged period of time. A significant amount of police resources went into identifying and arresting Whittaker. Without that I am convinced that he would still be offending today.

“Despite the overwhelming evidence against him, Whittaker refused to admit what he had done. I would like to thank the jury for their considered verdicts and my colleagues for their professionalism and dedication during this complex investigation.

“I know the public will be appalled by Whittaker’s abhorrent offending and pleased that this persistent offender is now behind bars.”