We are appealing for witnesses and dashboard mounted camera footage after a fatal collision in Blackpool. 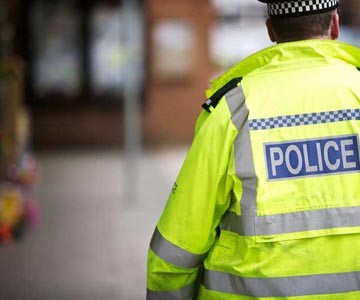 Police were called around 5.55pm yesterday (Friday, November 11) to a report of a serious collision in St Walburgas Road involving a pedestrian and motorcyclist.

Sadly the pedestrian, a 67-year-old man from Blackpool, suffered fatal injuries and was pronounced dead at the scene.

The motorcyclist, a 25-year-old man from Blackpool, suffered injuries to his rib and shoulder. He was taken to Royal Preston Hospital for treatment.

Following further investigation, including CCTV enquiries, police believe a second vehicle, possibly a BMW car, was also involved in the incident, with the driver making off from the scene before emergency services arrived.

The motorcyclist was later arrested on suspicion of causing death by dangerous driving.

Temp Sgt Martin Wilcock, of Lancashire Police’s Tactical Operations Unit, said: “These are very tragic and sad circumstances and our thoughts are with the man and his family at this time.

“We are keen to speak to anyone with information, who saw what happened or who may have dashcam footage.

“We are particularly keen to establish whether the motorcyclist and BMW car were racing before the collision and would encourage motorists to come forward and assist our enquiries.

“Furthermore, I would make a direct appeal to the BMW driver to contact police immediately.”