Drive without insurance? We're coming for you 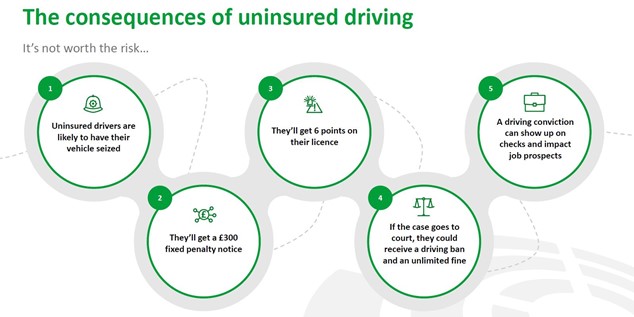 Nobody likes losing money or having to pay for someone else’s mistakes.

So this week we will be taking part in a national week of action to clamp down on people who drive without insurance, costing law-abiding motorists more money and putting road users at risk.

We just don’t think it’s fair that drivers who take to the roads without proper cover force other motorists’ premiums up.

The seven days of action is running this week (November 21st to 28th) and will see officers stopping cars and carrying out checks to make sure drivers have their paperwork in order.

Ch Insp Matt Wilmott, of the Lancashire Police Roads Policing Team, said: “We know that this is an issue that really bothers people because law-abiding motorists pay their premiums but can end up out of pocket if they’re involved in a collision with an uninsured driver.

“We also know that people who drive uninsured are more likely to be involved in other crimes, be it using an unsafe vehicle, driving while disqualified or while under the influence of alcohol or drugs.

“This next week will see officers deployed all over the county to stop and check that motorists are complying with the law and have all their paperwork in order.

“We hope this will send a message that we will not stand for people making the county’s roads less safe.”

Anybody found to be driving without insurance could get a ticket, six points on their licence or even have their car seized.