Man jailed for life for murder of Michael Brierley in Nelson

A man has today (Thursday, June 16) been jailed for life for murdering Michael James Brierley in Nelson.

Naeem Mustafa, 46, was found guilty of murdering Mr Brierley and seriously assaulting his 67-year-old partner, who tried to intervene during the brutal attack, following a trial last month.

In total Mr Brierley suffered 164 separate impact injuries, the vast majority of which are believed to have been caused by weapons.

We were called shortly before 1pm on November 8, last year, to an address on Berkeley Close after a report that a man, later identified as 48-year-old Mr Brierley, had sadly been found deceased within a bungalow.

A post mortem examination carried out by Home Office pathologist Dr Philip Lumb discovered that the cause of Mr Brierley’s death was head, chest, upper and lower limb injuries.

A murder investigation was launched following the discovery of Mr Brierley’s body and it came to light that Mustafa had been staying at Berkeley Close and exercised a controlling relationship over Mr Brierley and his partner. In the months leading up to the murder Mustafa assaulted both victims on numerous occasions, took over the house in which they lived and had Mr Brierley’s disability benefits and carers allowance paid into his own bank account.

On the morning of Mr Brierley’s murder, he and Mustafa walked to a nearby convenience store to buy some alcohol.

On the way to the store, Mustafa was captured on CCTV assaulting Mr Brierley. They later returned to Berkeley Close.

At 12.43pm, two minutes after Mr Brierley’s partner had called for an ambulance reporting he was lying unresponsive in the hallway, Mustafa was captured leaving the property having changed his clothes.

Forensic scientists were later able to say that Mustafa’s shirt and jacket which were found inside the bungalow in Berkeley Close, contained traces of airborne blood belonging to Mr Brierley. That proved the defendant had been in close proximity to the victim when he suffered the fatal attack. Mr Brierley’s blood was also found on Mustafa’s grey jogging bottoms, which were also recovered from inside the bungalow, close to Mr Brierley’s body. Mustafa’s bank card was in the pocket of these joggers.

After returning to his home address, Mustafa later tried to ditch his trainers. Those trainers were later recovered by officers and contained traces of Mr Brierley’s blood.

During police interviews, Mustafa denied ever assaulting Mr Brierley, claiming to be his friend.

A 31-year-old woman from Nelson was found not guilty of assisting an offender.

Today (June 16) Mustafa was given a life sentence and told he would have to serve a minimum of 27 years before he is eligible for parole. 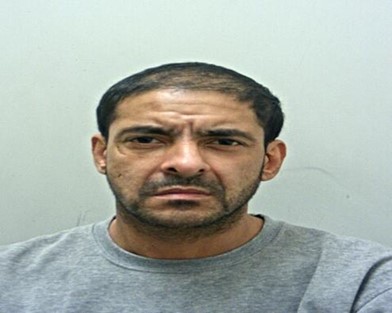 DCI Allen Davies, of the Force Major Investigation Team, said: “I am pleased with the sentence handed down to Mustafa. He is callous, manipulative and remorseless individual who poses a clear danger to vulnerable members of society. No sentence can ever make up for the devastation caused to Michael’s family and friends, but I hope they feel some sense of justice knowing that Mustafa will have to serve a significant period of time in custody before he is even eligible to go before the Parole Board. Even then he might never be deemed fit for release.

“What has sadly become clear during this investigation is that Michael and his partner were victims of cuckooing at the hands of Mustafa. He exploited their vulnerabilities for his own financial benefit, controlling their lives, subjecting them to regular violence and verbal abuse and having Michael’s benefits paid into his own bank account. We know that Michael did confide in friends and neighbours about what was going on – but as you often see in cases of cuckooing - told them not to go to the police for fear of what Mustafa would do to him.

“Today, I want to reach out directly to anybody who may be the victim of cuckooing or any type of physical, emotional or financial abuse to contact the police and let us know what is going on before it is too late. We will listen to you, we will protect you and we will prosecute your abuser. Similarly, I would like to appeal to the public to look out for their neighbours, friends and relatives, and report anything suspicious to the police. Whether that be shouting coming from a property, a change in somebody’s demeanour, evidence of somebody exerting control over somebody else or unexplained injuries. These may all be the signs of cuckooing and by reporting it to police, you may end up saving somebody’s life.”

Cuckooing is a practice where people take over a person's home and use the property to facilitate exploitation – whether financial or otherwise.

Although commonly associated with county lines drugs gangs taking over the homes of vulnerable people to use a base to sell, produce or hide illegal substances or weapons, the term incorporates all forms of exploitation and people are forced to do things they don’t want to do for fear of violence.

If this is happening to you, a friend or a neighbour, we would encourage you contact us as soon as possible. Or if you have information no matter how small or irrelevant you think it might be, please don’t wait for somebody else to tell us or assume somebody else may have already told us. You will be believed, we will take you seriously and we will take the appropriate action. That small piece of information may end up stopping somebody being subjected to serious harm or even killed.