A man has been jailed after attempting to rape and assaulting a woman at her Edenfield home. 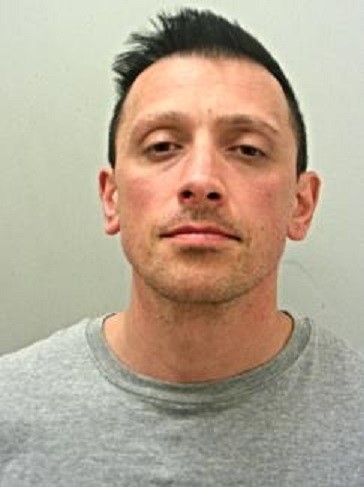 Lancashire Constabulary’s East Rape and Serious Sexual Offences (RASSO) Team launched an investigation into the activities of Ernesto Ceraldi after we were called to the village at 1.23am on April 2 following reports a woman had been attacked and subjected to a serious sexual assault.

Ceraldi – although not on duty was a Greater Manchester Police dog handler at the time he committed the offences – was arrested at the scene on suspicion of rape and assault occasioning actually bodily harm (ABH).

Our investigation revealed that 44-year-old Ceraldi had met the victim – a woman in her late 40s – in a pub while on a night out with friends on the evening of April 1.

Ceraldi and the victim went back to her house and initially had consensual sex.

They were then sat talking on the sofa when Ceraldi became violent and aggressive and tried to force the victim to have sex with him against her will.

He then started slapping the victim in the face, punching her in the face while she was in a headlock and choking her. He also threw her against a wall.

He also assaulted her at the back door prior to her managing to escape, again strangling her.

Ceraldi continued to assault the victim in view of a shocked neighbour, who shouted at him to stop. The police were called and Ceraldi was duly arrested.

Following consultation with the Crown Prosecution Service, Ceraldi, of no fixed address, was charged with rape and ABH on the evening of April 2 and remanded into custody.

Following further investigation and consultation with the CPS the indictment was amended to attempted rape and ABH.

Ceraldi pleaded guilty to those offences on the full facts of the case.

Today (June 22) he appeared before a judge at Preston Crown Court and was sentenced to five years and four months.

He was also ordered to sign the Sex Offender’s Register for life and made subject of an indefinite restraining order.

In an impact statement read out in court, the victim said: “I have always been an independent, resilient, confident woman who has stood on her own two feet all her adult life. I have worked hard to get where I am now in my career. I have made myself a lovely home and enjoy the simple luxuries in life of having a nice car and holidays.

“In the early hours of Saturday the 2nd of April, Ernesto Ceraldi changed me and my life. During the sustained assault I genuinely feared for my life as his hands squeezed tight around my neck. I felt his fist against my face and head as he repeatedly punched me. I clung to my head as he pulled my hair out from the root. I pleaded with him to stop.

“The assault was so violent that my house was left with broken pictures, upturned tables and blood-stained furniture, all needing to be replaced and cleaned. I have had to throw items away that I cannot bare to look at or use again.

“My friends spent hours on their hands and knees cleaning up my blood, however I’m still going to have to have furniture and carpets professionally cleaned.

“Whilst the bruises and physical effects of that morning have healed, I don’t know if the mental effects ever will. I can no longer go out and return home after dark on my own. Someone must come into the house with me to put me at ease. I’ve had to have additional security measures fitted to make me feel safe in the place that I call home and where I’m entitled to feel safe.

“Whilst currently single, in the future I wish to settle down and have a meaningful, loving relationship. I have no idea how this ordeal has changed me with regards to future relationships and if my idea will ever be possible.

The case was the first investigated by the then newly formed East RASSO Team.

“This offence – committed by a man she believed she could trust – has had a profound impact on her. I hope she can take some sense of comfort knowing that he is now behind bars. Even when Ceraldi is released he will be subjected to the notification requirements and will therefore be monitored by the authorities.

“We have carried out a thorough and detailed investigation to ensure Ceraldi is brought to justice and I would like to thank my colleagues, and those from the Crown Prosecution Service, for their professionalism throughout this case.”

DI Langhorn added: “Lancashire Police are committed to protecting women and girls from harm and investigating the perpetrators of these abhorrent crimes. We are very much victim-focussed and put the victim at the forefront of everything we are doing. We do not intrude into the personal life of the victim and will only look to obtain evidence that is pertinent and necessary to the investigation. For instance, we would only ask for a victim’s mobile phone if we believed it contained evidence relevant to the investigation and would only then download messages between the victim and the offender.

“I hope today’s outcome and having the knowledge of the sensitive and professional way that we approach our investigations will encourage other victims of sexual violence and abuse to come forward. They will be listened to, they will be believed and we will gather the evidence to put the perpetrator before the courts.”

You can report a crime online at https://doitonline.lancashire.police.uk/ or by calling 101.