A man has today (June 16) been jailed for causing the death of a teenager by dangerous driving. 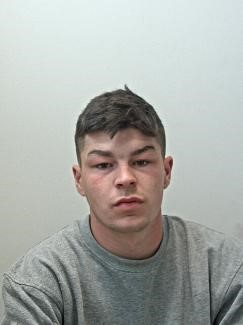 Smalley was sentenced to six years and four months imprisonment after pleading guilty to causing death by dangerous driving.

Judge Robert Altham disqualified him from driving for seven years and two months, with Smalley also required to take a re-test prior to being allowed to hold or obtain a licence.

The incident occurred in the early hours of Saturday, June 26, 2021, when Smalley left the Chequers social club in Warton after consuming approximately five pints of Stella and taken a quantity of cocaine.

Smalley got into his two-set Ford Transit Connect van, with Mr Donald sitting in the front passenger seat.

Another passenger was sat on Mr Donald’s knee and two more were sat in the rear of the van containing tools and gardening equipment.

The van set off to make the journey to a party and the journey towards the venue of that party took them down Lodge Lane in Warton.

The manner of driving as described by the witnesses was too fast for the winding country roads and erratic, Smalley braking hard for bends and at times almost losing control of the vehicle.

Despite several requests from the passengers shouting at him to slow down, it was apparent he could not be heard due to the loud music being played in the vehicle.

Smalley lost control of the van, it swerving across the road and rolling on to its roof. It came to rest on its nearside down a roadside ditch submerged in water.

Mr Donald received a number of injuries as a result of the collision and was pronounced dead shortly after arriving at hospital.

Sgt Steve Hardman of Lancashire Police’s Serious Collision Investigation Unit, said: “This was a terrible piece of driving which resulted in a young man losing his life.

“Smalley chose to drive his van having been drinking alcohol and taking drugs. The consequences were horrific and our thoughts are with Ashley Donald’s family.”

The family of Mr Donald released a statement after the sentencing hearing.

They said: “The loss of Ashley has devastated all of us. There will always be something missing. We are happy with how the case has been conducted by the Police and CPS.

“Whatever sentence Smalley received will not bring Ashley back.

“We would like to thank the community for the support everyone has given us.

“The family would appreciate some privacy at this time.”