A burglar who attacked a disabled man with a golf club in his home in Blackpool before stealing his wallet has been jailed for 11 years. 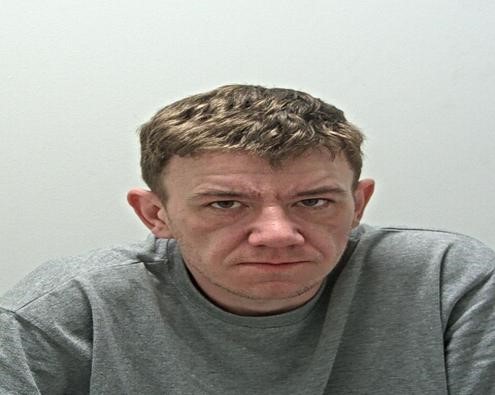 We were called to an upstairs property on Corporation Street at 7.46pm on the 23rd March this year to reports a man had entered through an open upstairs window.

Once inside the property, he was challenged by the occupants, and left. Minutes later, he returned, threatening the victim and his wife, asking them to hand over money. The man then swung the golf club at the victim’s head twice, causing injuries to his hand as he tried to defend himself. He then stole the victim’s wallet which was on his wheelchair.

In a separate incident on the same night, we were called to a property on Sherwood Road at 1am after reports two men had entered the building. On arrival, officers recognised Shaun Wrigley from the CCTV images of the first incident and he was arrested. When searching Wrigley, officers found a knuckle duster in his pocket.

Yesterday (Monday, June 20), at Preston Crown Court, Wrigley, who is 37 and from Bridge Street, Liverpool, was sentenced to 11 years in prison for assault with intent to commit robbery, burglary, actual bodily harm and theft.

Det Sgt Stuart Reid, of Blackpool Targeted Crime Team said: “This was a particular nasty crime, where a vulnerable victim has been left with injuries to his hand. The victims showed impeccable resilience in the face of such aggression towards them in their home. The officers who attended this incident supported the victims in the best way, by quickly locating and arresting Wrigley. Their professional response on the night and swift actions has taken Wrigley off our streets. Our community is without doubt that little bit safer as a result.”