Three people have been charged as part of a major drugs investigation in East Lancashire. 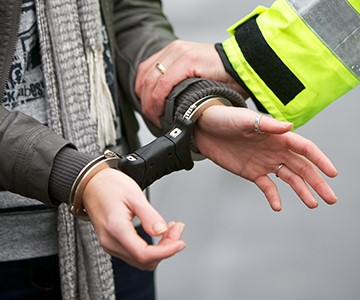 The charges are part of a cross-border drug supply investigation, believed to be based in the east of the county.

Yesterday a series of warrants were executed at addresses in Burnley and Pendle and four people were detained on suspicion of conspiracy to supply class A and class B drugs.

The three people charged are:

A fourth man arrested yesterday – aged 52 and from Burnley – remains in custody at this time.

So far as part of the investigation we have recovered significant amounts of cocaine, ketamine and cannabis, as well as other drug paraphernalia. During yesterday’s warrants we seized mobile phones, cash and a quantity of drugs.

DI Tom Edmondson, of East CID, said: “Yesterday we made four arrests following warrants at addresses in the east of the county. The activity was carried out as part of ongoing efforts to disrupt organised criminal gangs operating in the county.

“Three people have now been charged and a fourth man remains in custody while enquiries are ongoing.

“As always we want to remind people that we rely on community intelligence about drug dealing and supply, and we continue to urge anybody with information about it to get in touch.”

Anybody with information should call us on 101 or report it online at doitonline.lancashire.police.uk