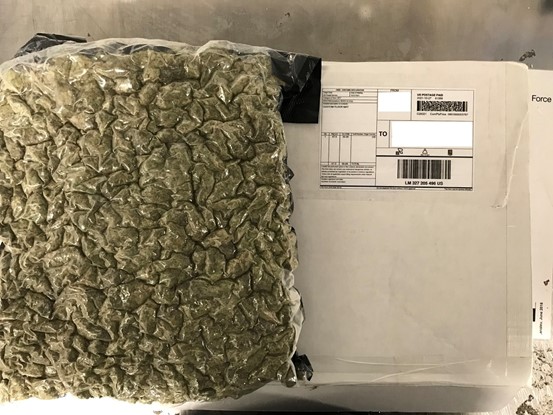 Blackpool Police, alongside the North West Regional Organised Crime Unit, raided three addresses in the resort under the Misuse of Drugs Act.

The raids follow an increasing number of seizures of herbal cannabis into Lancashire.

The cannabis is mainly being imported from California, USA, where the production and sale of cannabis has been legalised under a regulated system.

Det Ch Insp James Edmonds, of Blackpool Police, said: “Today’s arrests are our response to an increase in these drugs being brought into our county, in particular Blackpool.

“Dealers order the drug online, with the packages being unwittingly delivered by parcel providers. The drugs come from California, but on occasion, seizures from Morocco and Spain have been made.

“While Border Force officials have helped seize significant amounts, we know dealers are becoming more brazen. Alongside partners, we want criminals to know we are aware of this tactic and we are working together to ensure those responsible are brought to justice.

“Drugs are a blight on our communities, bringing nothing but harm, and we will not tolerate their supply anywhere in our county.

“We want to try and stem some of the flow into Blackpool as this is a persistent and growing problem in the area.”

As well as today’s arrests, police seized 8kg to 10kg of suspected cannabis, electronic devices and £2,000 cash. High value items, including three electronic bikes and a Rolex watch, were seized under the Proceeds of Crime Act.

Two women and one man, all aged 29 and from Blackpool, have been arrested on suspicion of importing a controlled drug and are in custody.