A man who committed a series of historical rapes and sexual assaults has been jailed today (Friday, July 29) for 30 years. 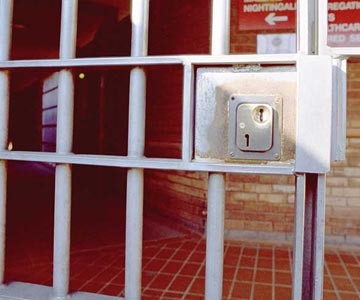 Philip May, 60, of Wem, Shrewsbury, was sentenced at Preston Crown Court following an investigation by Lancashire Police.

The offending was reported as taking place between 2005 and 2009 in the Hesketh Bank area.

May was later given summons to appear at court for 24 offences, including rape, sexual assault, sexual touching and attempt rape.

He pleaded not guilty but following a trial was found guilty of all offences on Wednesday (July 27).

Today he was sentenced to 30 years in prison. He must serve a minimum of two-thirds of his sentence and is only eligible for parole after 20 years.

He will be on the sex offenders register for life.

Investigating Officer Simon Morris, of Lancashire Constabulary’s Op Fervent team, which investigates historical sexual abuse, said: “May abused these girls over a number of years, committing horrific sexual abuse and robbing them of their innocence to satisfy his own depraved sexual desires.

“His conviction and sentence is justice for them and I commend them for their bravery in coming forward and facing their abuser through the court process. They have behaved with dignity throughout this investigation.

“Lancashire Constabulary remains committed to investigating allegations of this nature, no matter how historic, and no matter what the role, position and status of the alleged offender, and we would encourage anyone who has been a victim of a sexual offence to come forward safe in the knowledge that they will be treated sensitively and professionally.”