Pair sentenced in relation to the death of their baby daughter

A mother and father have been sentenced for causing or allowing injuries that led to the death of their baby daughter. 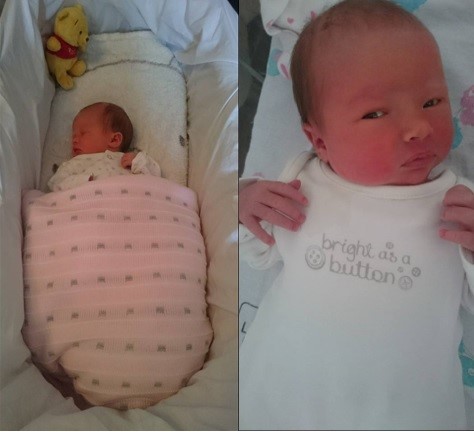 Daniel Nolan, 30, of Dover Street, Nelson was handed 10 years and Sophie Nash, 31, also of Dover Street, Nelson (both pictured below), was given eight years imprisonment today (Friday, January 14th) after previously being found guilty of causing/ allowing the death of Ava Grace Nolan (pictured, right), two counts of causing or allowing serious injury to her and child cruelty.

Police were called by the Ambulance Service on Wednesday, August 16th 2017 after baby, Ava Grace Nolan, then just eight days old, was reported to be unresponsive at an address on Dover Street, Nelson.
Ava was taken to Royal Blackburn Hospital where she sadly died a short time later at shortly after midnight on Thursday, August 17th.

A subsequent post-mortem examination revealed Ava died of a catastrophic head injury, likely to have been caused by forceful shaking.  Further investigation found Ava had also suffered a separate brain injury, as well as a broken leg (femur), which she is believed to have suffered in the days leading up to her death.

Speaking after the result, the officer who lead the investigation, Det Ch Insp Jill Johnston from Lancashire’s Force Major Investigation Team (FMIT), said: “I am pleased that Nolan and Nash have both been jailed, particularly as both have continued to blame each other and neither has ever accepted any responsibility for the acts of violence that led to baby Ava’s death. Ultimately their selfish preoccupation with themselves, combined with their toxic and volatile relationship, has resulted in their baby losing her life.

“I would again like to thank all of the officers and staff who worked on this incredibly complex and emotive case, always with the aim of getting justice for baby Ava, as well as the witnesses who gave evidence and supported this investigation.

“We will continue to work hard with our partners to protect children like baby Ava from harm, to educate and support parents, but ultimately to protect and safeguard children, to be their voice and to prevent tragic cases such as this.”