Detectives investigating the murder of a man in Blackpool are continuing to appeal for information. 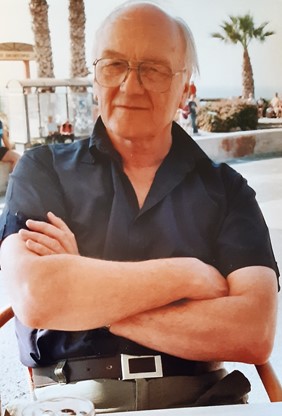 Emergency services attended to find the body of a man, later identified as Malcolm Frary (pictured), 76. Sadly he was pronounced dead at the scene.

A Home Office post mortem has taken place and his death is now being treated as murder.

Detectives are continuing to appeal for witnesses and are keen to speak to anyone who saw any suspicious activity in the area of Eccleston Road and Harris Street on New Year’s Eve (Friday, December 31) and New Year’s Day (Saturday, January 1).

Officers are also appealing to anyone living in the Horncliffe Road and Woodstock Gardens areas of South Shore, who saw any unusual behaviour, to come forward.

"I would like to thank the public for their assistance so far but would ask anyone living and passing through these areas on New Year’s Eve and New Year’s Day to think long and hard - did they see any unusual activity or persons acting suspiciously between these dates?

"Any information, no matter how seemingly small or insignificant, could be vital to our investigation. I would like to reassure members of the public that any information they give will be treated in confidence."

Two men, aged 51 and 43, both from Blackpool, have been arrested on suspicion of murder and remain in custody.

Alternatively information can be reported anonymously via Crimestoppers on 0800 555 111.

We would also encourage people to report information and upload any dashboard mounted camera footage that may be relevant from Horncliffe Road and Woodstock Gardens on these two dates using the Major Incident Public Portal: https://mipp.police.uk/operation/0401020121W10-PO1