A pervert who sexually abused a young g 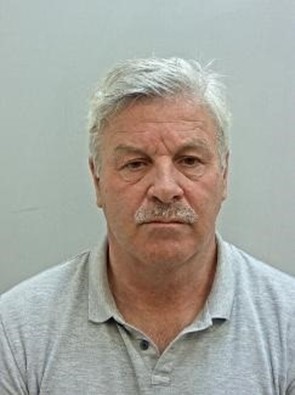 irl over the course of a decade has been jailed for 21 years.

Graham Gill, now 68 years old, carried out the horrific abuse on his young victim during the 70s and 80s in the Leyland area.

He is now behind bars thanks to the bravery of the victim in coming forward to report the abuse and the tenacity of the Detective Constable who investigated the case.

Gill had denied the offences but was found guilty by a jury following a week-long trial at Preston Crown Court.

The jury unanimously found him guilty of 16 counts – ten of indecent assault, four of rape and two other sexual offences. The victim was aged between six and 16 at the time.

Gill, of Sandringham Avenue, Leyland, was sentenced on January 14th to 21 years and will serve two thirds of that sentence before he is eligible to apply for parole.

“I would like to commend her for her courage in both coming forward to report this horrific abuse and in facing her abuser through the court process.

“I hope that this conviction and sentence gives others who may have suffered similar abuse to come forward.

“Lancashire Constabulary remains committed to investigating allegations of this nature, no matter how historic, and no matter what the role, position and status of the alleged offender, and we would encourage anyone who has been a victim of a sexual offence to come forward safe in the knowledge that they will be treated sensitively and professionally.”