Kamar Ilyas, who was the escort in the conspiracy, and Aman Khan secretly filmed one victim in a Manchester hotel in November 2020.

Bombarding the victim with a series of calls and messages, before receiving an image of his car parked outside his workplace. Realising Ilyas was parked outside he called the police. A short pursuit ensued but the car, which belonged to Khan, managed to get away.

Police investigations led to Ilyas and Khan being arrested for their roles in that blackmail plot.

However, while those investigations were taking place Ilyas and Khan conspired to blackmail a second victim with a third man - Khalil Chaudhry.

Ilyas lured the man to a property in Nelson on February 8, 2021, having made contact with him on a dating application two days earlier.

After Ilyas and the victim were undressed upstairs, Khan and Chaudhry burst into the room and took a video of them in a state of undress.

Falsely claiming that Ilyas was their 15-year-old nephew, they took photographs of the victim’s identity documents and initially refused to let him get dressed.

They then forced the victim to sit in his own car while they drove him back towards his house, all the time threatening to tell his wife and post the video on social media unless he paid them £40,000.

Initially taking his car as ‘surety’, they only returned the vehicle to the victim a few days later. However, they continued to make threats. The victim told the defendants he didn’t have £40,000 and pleaded with them not to tell his family and to delete the video.

On February 14 – with Khan and Ilyas in custody for the Manchester blackmail plot - the victim received a text message from Chaudhry informing him that he knew he had a second vehicle on his driveway and therefore had more money than he was claiming.

At this point, concerned that the conspirators had been outside his house, the victim told his wife, who reported the matter to the police.

All three defendants were later arrested in relation to the Nelson blackmail plot.

Restraining orders were imposed in respect of both victims.

DC Hannah Dermody, of East CID, said: “This was a callous plot by three men who deliberately exploited the vulnerabilities of the victims for their own financial gain.

“I would like to praise the victims for their bravery in what have understandably been extremely distressing times.

“I would also like to thank my colleagues from Lancashire and Greater Manchester Police, and those from the Crown Prosecution Service, for their hard work and professionalism in what have been two complex cases.

“Serious criminal conduct, such as that displayed by Khan, Ilyas and Choudhry, will not be tolerated by Lancashire Police and we will do everything in our powers to keep victims safe and prosecute those who seek to harm them.

“If there are any further victims of this blackmail conspiracy, I would encourage them to come forward, knowing they will be believed and their identities will be protected.”

"He has never felt able to publicly face his accusers and those convicted knew that would likely be the case.

"The victims' bravery should be commended and anyone who finds themselves in such a position should take note that Greater Manchester Police do not tolerate serious criminal conduct of this nature and justice can be done without further added humiliation for those that have suffered so much already."

Any further victims can email [email protected] or call 101. 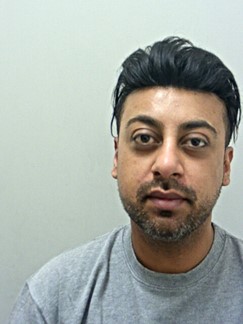 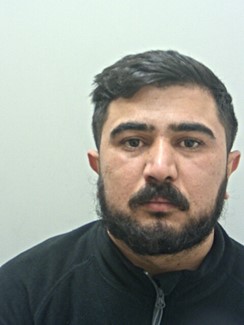 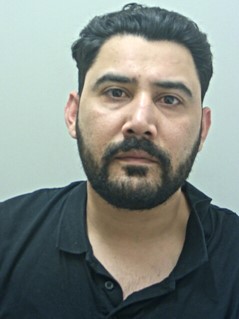