A family who conspired to set up cannabis farms in houses across the North West, Yorkshire and the Midlands have been jailed. 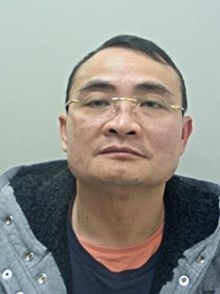 Their arrests came on the back of officers from Lancashire Police’s East Exploitation Team executing search warrants on houses and nail bars in Blackburn, Darwen and Bolton.

The following day officers searched the home of Van Dang and Thi Ho and although the defendants weren’t present, four other people were found in the premises who were linked to the investigation. Officers also found £3,740 cash, a ‘burner phone’ which was later linked to a number of cannabis grow houses and Van Dang’s , and a utility bill in Van Dang’s Range Rover for a property in Market Street, Tottington, which was found to contain hundreds of cannabis plants. 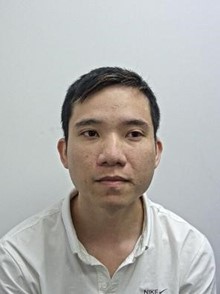 All of the addresses were rented in false names, often using fake documentation including false passports.  However, officers were able to link the defendants to the addresses through a combination of CCTV enquiries, property found during searches, mobile phone evidence, financial information, photographs, internet searches and face to face meetings.

The investigation also revealed that attempts were made to rent numerous other properties in East Lancashire and illegal workers were used to staff and live in the cannabis factories. 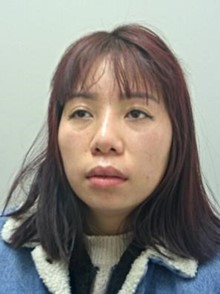 Analysis of Van Dang and Thi Ho’s finances showed the pair, who ran nail bars in Blackburn, showed they had a combined declared income between 2018 and 2020 of £73,317. However, an examination of their bank accounts showed cash deposits totalling £225,889.

Van Dang, Thi Ho and Cam Thi Ho and were arrested during simultaneous raids in Darwen, Blackburn and Bolton in December 2019, while Ho Qa Dong was arrested at an earlier date.

A fifth defendant Hoai Mai Coffey will be sentenced on March 1.

Det Sgt Stu Peall, of the East Exploitation Team, said: “This was a complex investigation into individuals who saw drug cultivation and exploiting some of the most vulnerable people in society as the family business. An incredible amount of work has gone into unpicking what was a wide-spanning organised criminal network and I am pleased that these individuals have now been put before the courts and given custodial sentences.

“I hope these sentences send out a clear message that Lancashire Constabulary will not tolerate criminality of any kind and that those who seek to operate within our borders are further afield have no place to hide.”

Lancashire Constabulary is committed to investigating human trafficking and modern slavery and taking robust action against those willing to exploit others for financial gain.

To pass on information anonymously you can contact the independent charity Crimestoppers on 0800 555 111 or complete an anonymous form online www.crimestoppers-uk.org . When you contact them your identity will be protected.

If you think that someone is in immediate danger call 999, if you suspect slavery is happening and there is no immediate threat to life then contact us on 101.

Lancashire Victims Services are also here to offer help and support, even if you haven’t reported a crime to the police. Contact them on 0300 323 0085. There is also a national Modern Slavery Helpline offering confidential help and advice, you can also report information to them on 08000 121 700.  For more information see our website https://lancashire.police.uk/help-advice/safer-communities/modern-slavery/