A man from Morecambe has been jailed for nine years for child sex offences.

Lee McNae, 36, groomed his vulnerable teenage victim and subjected her to sexual abuse on numerous occasions during 2019, 2020 and 2021.

The abuse was reported to police after the victim confided in her teacher at the time. 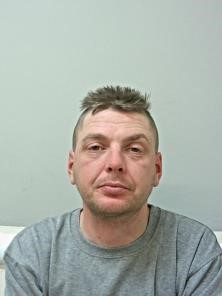 Detectives at the Vulnerability and investigation Unit in Lancaster launched an investigation and McNae was subsequently arrested and charged with multiple sexual offences.

Last week he was sentenced at Preston Crown Court to nine years imprisonment with an extended licence of five years.

DC Michelle Stephens of Lancashire Police said: “This was a particularly disturbing case where by McNae has acted in an extremely predatory way and groomed his young victim while she was at a particularly vulnerable time in her life.

“The mental scars McNae inflicted on her will not heal easily, but I hope the sentence today gives her some closure and enables her to start moving forward.

“I also hope this result sends a message that we take all reports of sexual offences seriously. Anybody who has been a victim of such an offence is encouraged to come forward to report it, safe in the knowledge they will be treated sensitively and professionally at all times.”

If you or someone who know has been a victim of a sexual offence call police on 101 or report it online https://doitonline.lancashire.police.uk/.