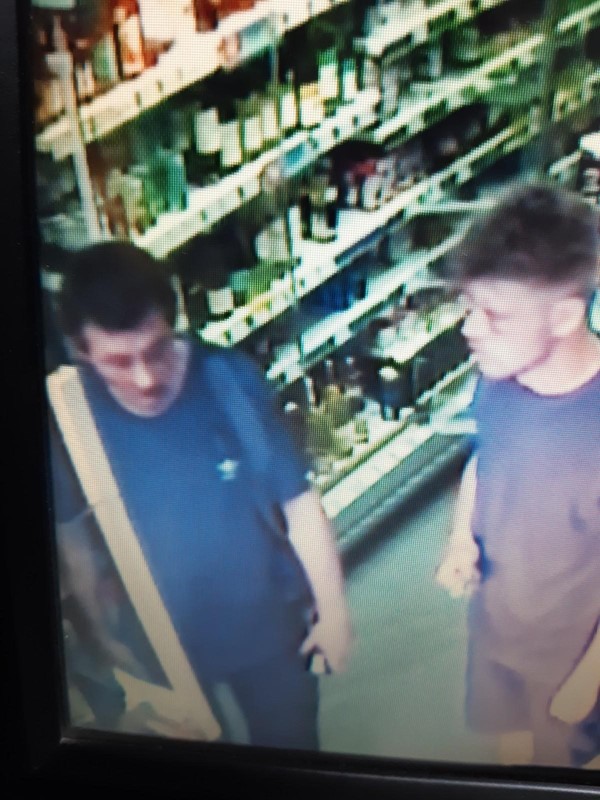 We want to speak to them after a man was assaulted with a metal bar in Preston.

Officers have made substantive enquiries to identify those responsible and are now asking the public to come forward if they recognise the men in the CCV stills.

At around 6pm on July 22nd the victim – a man in his 30s – was walking along Bow Lane near to the Gulf Petrol Station when he began talking to two men.

One of the men walked away whilst the other continued to speak to the victim for fifteen minutes.

The victim realised that cash was missing from his pocket and confronted the men that he had been speaking to.

The man then walked away in the direction of Marsh Lane and the victim followed him.

When on Marsh Lane near to Legacy Preston International Hotel the man pulled a metal bar out of his rucksack and hit the victim to the face a number of times, causing the victim to fall to the floor.

The victim stated that the assault only ended after a member of the public shouted for the attacker to stop.

No arrests have been made at this stage.

DC Laura Fagan, of Preston Police, said: “This was a shocking incident which left a man with some quite nasty injuries.

“Our enquiries are very much ongoing to identify those responsible and we are appealing for information to identify the men in the images in connection with the assault. I would ask anybody who recognises the men – or the men themselves -  to contact police on 101 quoting log 1442 of July 22nd, 2021.”