Detectives investigating the murder of a pensioner in Accrington have released footage of what are thought to be his final movements as they continue to appeal for witnesses.

It comes as the family of 79-year-old Bill Howard have paid tribute to him.

We were called just before 2pm on August 28 to St James Street in the town following reports of a concern for welfare.

Emergency services attended and found Mr Howard with serious head injuries. He was sadly pronounced dead at the scene.

A post mortem examination established the cause of death to be fatal head and chest injuries.

Mr Howard’s family are aware of the development and are being supported by officers. 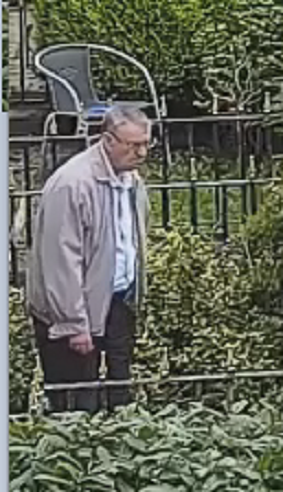 In a tribute Mr Howard’s brother, Jack, said: “Bill was a quiet, lovely man who would not hurt a fly, Bill lived a quiet life and had very few friends.  Bill was my brother and he was also my best friend.  Losing Bill in these tragic circumstances is like losing my right arm.  We have been together for nearly eighty years and now I have lost him for ever.”

We are appealing for witnesses and asking anybody who saw Mr Howard or anything suspicious in the St James Street area between 3pm on August 24 and 2pm on August 28 to get in contact with the police.

DCI Allen Davies, of the Force Major Investigation Team, said: “This incident has resulted in a man losing his life in quite shocking circumstances. We believe Mr Howard suffered a significant head injury and was then stabbed, which resulted in his death. My thoughts are very much with Mr Howard’s family and friends at this incredibly difficult time.

“Although three men are in custody our murder investigation is very much ongoing. We have a dedicated team of detectives working to establish who is responsible for this shocking crime.

“We are continuing to appeal for witnesses. Did you see Mr Howard between August 24 or August 28? Did you see or know of anybody entering s 15 St James Street, Accrington, between those dates? Did you see or hear anything suspicious or concerning in the area? Were you in St James Street, Accrington, between those dates and have dashcam or mobile phone footage? If so, I would ask you to please get in contact with the police straight away as you may have key information which could help us solve this crime.

“I appreciate this incident will cause residents a great deal of concern and we have increased reassurance patrols in the area. If you see an officer in the area feel free to say hello or pass on any information you might have”

Anyone with information is asked to call police on 101, quoting log 0785 of August 28, 2021, or report it online via https://doitonline.lancashire.police.uk/.