A sex offender with previous convictions for rape and attempted rape has been sent back to prison after being found in possession of indecent images of children. 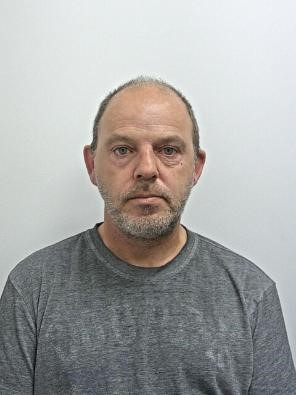 In 2009, Del Alan Sumners was convicted of a number of serious sexual offences, as well as distributing and possessing indecent images of children.

As part of his 2009 sentence, Sumners was made subject of Sex Offender Notification Requirements and a Sexual Harm Prevention Order (SHPO), which, amongst other things, limited his access to the internet and prevented him from deleting his browser history.

In September 2019, officers from the East MOSOVO (management of sex offenders and violent offenders) Team conducted a compliance visit at the defendant’s home at the time in Jockey Street, Burnley.

During the visit, officers examined a tablet owned by the defendant and discovered deleted items on that device. Sumners admitted to deleting the internet history on that device and was arrested.

Further examination of other electronic devices discovered Sumners had downloaded child pornography and then deleted his browser history in an attempt to cover his tracks.

Sumners, 46, now of no fixed address, was convicted of possessing and making indecent images of children.

He was sentenced to 20 months custody.

Lisa Parrington, from the East MOSOVO Team, said: “I welcome the sentence handed down to Sumners, who clearly presents a risk to children through his sordid sexual interests.

“He attempted to hide his offending by deleting his browser history. MOSOVO Teams across Lancashire regularly carry out compliance visits to ensure individuals like Sumners, who seek to breach court orders put in place to prevent them from re-offending, will be caught out and put back before the courts.”