A man who raped a woman in Burnley has been jailed for eight years. 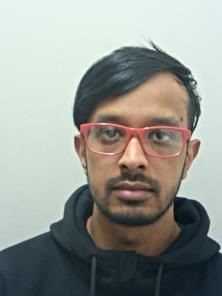 When Sadiq, of South Street, Haslingden, was arrested and interviewed he falsely claimed that the sexual activity had been consensual.

Following a trial at Burnley Crown Court in September, Sadiq was found guilty of rape.

As well as being given the custodial sentence, Sadiq was ordered to sign the Sex Offender’s Register for life.

DC Vicky Heys, of East CID, said: “Sadiq is a manipulative and remorseless individual who consistently lied throughout this case and forced his victim to re-live her ordeal by taking the case to trial, which meant she had to give evidence in court.

“I welcome the sentence handed down by the court, which ensures Sadiq will be in custody for a considerable period of time. I hope the victim will be able to sleep easier at night knowing that.

“I would like to praise the victim in this case for first of all bravely coming forward to report what had happened to her and then facing her attacker in court.

“I hope the outcome of this case and the significant conviction handed down to Sadiq will give other victims the confidence to come forward, knowing they will be believed and that Lancashire Police will do all they can to bring the offender to justice.

“Finally, I would like to thank my colleagues for helping to secure the evidence which led to this conviction and significant custodial sentence, as well as our colleagues from the Crown Prosecution Service.”

If you or somebody you know has been the victim of a sexual offence report it to police via 101 or https://doitonline.lancashire.police.uk/