A COUPLE have been given significant sentences after they were convicted of killing a man in Accrington. 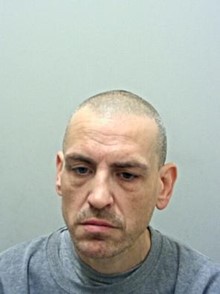 Mark Fisher was stabbed to death after answering the back door of his home address on the afternoon of January 19, 2020.

The 33-year-old sustained multiple knife wounds, at least one of which was delivered with such force that it fractured a rib.

The man who carried out the attack, Joseph Hindle (pictured top right), has today (May 7) been sentenced to life imprisonment and told he will serve a minimum of 27 years.

Hindle had been sent to the address to rob Mr Fisher, a petty drug dealer, by his girlfriend Louise Henwood.

She was today sentenced to 13 years, with an extended licence period of five years.

Hindle, 46, and Henwood, 34, had planned the robbery the previous evening after learning Fisher could be in possession of a quantity of cannabis. Henwood, a former partner of Fishers, goaded Hindle by telling him Fisher had been violent to her in the past. 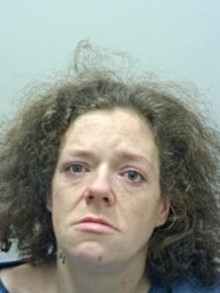 Hindle arrived at Fisher’s address on Edleston Street at shortly after 12.30pm and after trying the front door went around to the back. When Fisher answered the door the attack commenced. Although the police and paramedics were called by someone else in the house they sadly arrived too late and Mr Fisher (pictured bottom right) was pronounced dead at shortly after 1.30pm.

Hindle and Henwood, both of Woodside Road in Accrington, were both arrested and Hindle charged with murder and Henwood manslaughter.

Henwood pleaded guilty to manslaughter at an earlier hearing. Hindle, who had denied murder, was convicted after a trial at Preston Crown Court.

“Hindle and Henwood plotted to rob Mr Fisher, they attended his home address in the early hours of 19th January but we’re unable to gain entry. Undeterred by this the pair re-attended Mr Fisher’s home address some hours later. Henwood goaded Hindle into carrying out the robbery and waited in a nearby alleyway. Hindle attacked Mr Fisher in his home address, he unleashed extreme violence that was far in excess of anything needed to carry out a robbery. There can be no doubt that the intention was to do him really serious injury which resulted in Mr Fisher’s death from multiple stab wounds. 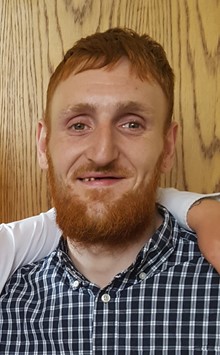 “I am grateful to the jury for their careful consideration of the facts in this case and I welcome the sentence, which I hope will at least give Mr Fisher’s loved ones some consolation that justice has been served.”

In a tribute Mark Fisher’s family said: “As a family we would like to pay tribute to Mark. Mark was a dear son, brother and father and he will be missed by all his family. What happened to him has broken all our hearts and having to sit in court and listen to every detail has been our family’s worst nightmare. We are pleased with the sentences that have been handed down to both Joseph Hindle and Louise Henwood and although this will not bring Mark back it will at least give us come closure. We would also like to thank the Police and Prosecution Team for all their help and support throughout this case.”