Tribute to loving family man who died after being struck by car in Mariners Way, Preston

The family of a man who sadly died after being struck by a car in Preston have paid tribute to him. 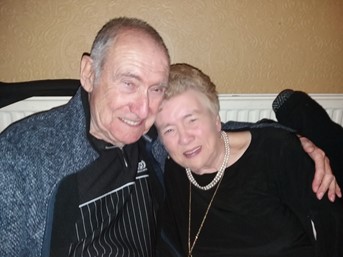 Officers were called to Mariners Way at 6.02pm on March 24 following a report a pedestrian had been struck by a Toyota Aygo.

The pedestrian, who it can now be confirmed was 82-year-old Brian Cartmell from Preston – was taken to hospital with serious head, back and chest injuries, but was sadly died over the weekend.

In a tribute, Mr Cartmell’s family said: “Brian was a loving husband to Carole, father and grandfather. His tragic death has left a hole in all of our hearts. He will be sorely missed by all who knew him."

Officers are continuing to investigate what led to the collision and are particularly keen to hear from anybody who was in the area at the time and has any information which could assist them.

The driver of the Aygo, a woman in her 60s, stopped at the scene. No arrest has been made.

“We are still working to establish the cause of the collision, but we know there were a lot of people in the area at that time who will have seen what happened. I would ask that if you were one of those people, then please get in contact with us as soon as possible. I would ask anybody with information or anyone with dashcam, mobile phone or CCTV footage which could assist our inquiry to get in contact with us."

Mariners Way was closed for three hours while investigation work was carried out but has since re-opened.

Anyone with information is asked to email [email protected] or call 101, quoting log 1217 of March 24, 2021. Alternatively report it online at https://doitonline.lancashire.police.uk/