Six people have today (Wednesday, March 17) been arrested by detectives investigating the supply of drugs in Blackpool. 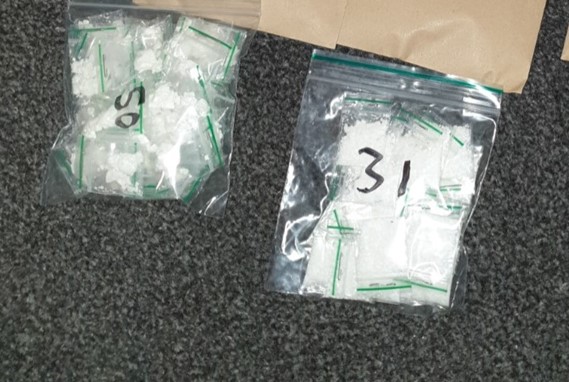 Officers raided four properties as part of Operation Heathway, a major investigation into the distribution of cocaine across the Fylde coast.

Police seized suspected Class A drugs valued at around £10.000, £15,000 in cash, £1,000 in suspected counterfeit cash and suspected Class B drugs. A car and a gaming PC were seized under the Proceeds of Crime Act.

The arrests are part of a major campaign to disrupt drug-dealing activity by organised crime groups in the town.

Det Sgt Chris Sanderson, of Blackpool Police, said: “These raids are part of our on-going commitment to taking drugs off our streets.

“Drug dealers can ruin lives, fuel other crime, such as burglary and robbery, and can instil fear in our neighbourhoods and we are determined to tackle that.”

Operation Heathway was launched in May 2020 after police received information related to suspected drug-dealing in the resort.

In November detectives arrested nine people in connection with the investigation, with those individuals later released under investigation pending further enquiries.

Three men aged 51, 29 and 27, as well as three women aged, 39, 30 and 26, all from Blackpool, were arrested on suspicion of supplying a controlled drug today. They are currently in custody.

Det Sgt Sanderson added: “We hope by doing this activity it will disrupt and deal with those involved in the activity.

“It is vital the Blackpool community come forward and tell us about drug dealing in their area.

“Local people are a vital source of intelligence and they need to help us to keep them safe by telling us what they know and turning rumour into hard evidence. It is important people know they can trust us when they have something to tell us.”

Any information can be passed to police via 101 or anonymously by contacting the independent charity Crimestoppers on 0800 555 111.