Two people who carried out a distraction burglary while an elderly woman lay dying upstairs in bed have today (March 8, 2021) been jailed for a combined total of six years and nine months. 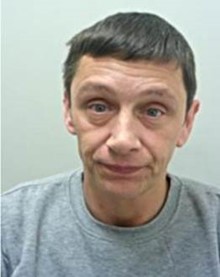 At around 3am on October 16, last year, the victim went into the street to seek help for his wife who was seriously ill in their home in Walter Street, Brierfield.

Having tried neighbours, the victim, who is in his 80s, was followed back into his home by defendants Kelly Cassidy and Steven Morris, on the premise that they would telephone for an ambulance.

While the male occupant went upstairs to sit with his wife, who sadly died later that day, Cassidy and Morris pretended to call for an ambulance but instead they callously stole a purse and a mobile phone from within the property.

Following enquiries and an appeal to the public, detectives arrested Cassidy and Morris two days later at an address in Nelson.

They were later charged with burglary and pleaded guilty to that offence when they appeared before a judge at Burnley Crown Court earlier this year.

DS Phil McGauley, of East CID, said: “This was a shocking and despicable crime committed against elderly victims at a time when they were at their most vulnerable and in need of urgent help. Rather than provide that help, Morris and Cassidy took it upon themselves to commit this callous burglary for their own selfish gains. I have been investigating burglaries for many years and cannot comprehend how someone can be so cruel to commit an offence like this. 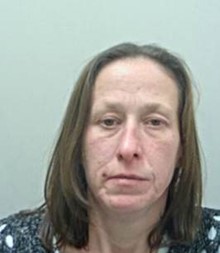 “My thoughts remain with the victim of this offence and his family who have acted with great bravery and dignity throughout this investigation.

“I am also very grateful to all those who shared their CCTV with us and those who had the fortitude to come forward with information in relation to this offence and the identities of those who committed this callous crime.

“I want to reassure the public across East Lancashire that Lancashire Police will not leave any stone unturned to find people who commit burglary. My team and I will do all that we can to ensure we find the offenders and bring them to justice.”

If you have been the victim of a crime call police on 101 or 999 in an emergency or if the crime is ongoing. Alternatively report it online via https://doitonline.lancashire.police.uk/