Officers from Merseyside Police’s Project Medusa, working alongside officers from Lancashire Constabulary and Blackpool Council have this week targeted those involved in County Lines.

The activity was part of ongoing Project Medusa, an operation led by Merseyside Police and set up to tackle County Lines drug dealing and child criminal exploitation.

Officers were deployed to areas of Lancashire as well as transport hubs in Merseyside to disrupt criminal activity and safeguard young and vulnerable people exploited by criminal gangs. 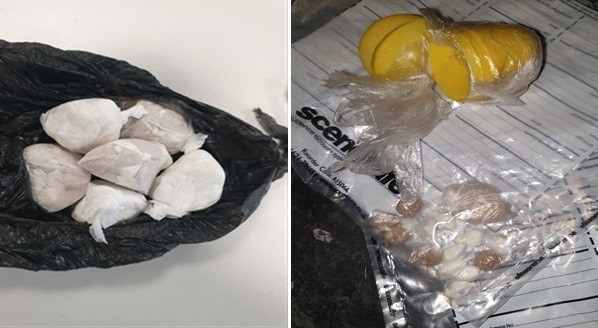 • A male who was arrested after officers sighted a drugs transaction taking place. Two males were stopped by officers and searched under section 23 MDA - one had secreted 96 street deals of what is believed to be class A drugs on his person and was arrested on suspicion of possession with Intent to supply Class A drugs

• Another male was arrested after he attempted to run off from officers. He was detained and found with items believed to be class A drugs and £290 cash, and arrested on suspicion of possession with intent to supply Class A drugs

• A male believed to be involved in the supply of controlled drugs was found with £5,000 cash. He was arrested on suspicion of being concerned in supply of Class A drugs and possession of criminal property

• A female arrested on suspicion of drug supply offences. The female was searched and found to be in possession of two deals of white powder and two deals of brown powder believed to be crack cocaine and heroin. A further search then recovered a number of other suspected street deals secreted on her person.

Chief Inspector Sarah Jones said: “Today’s operation shows our continued commitment to work with partners in other forces to crack down on County Lines drug supply.

“The organised criminal gangs who operated these County Lines, groom and exploit the most vulnerable people in our communities including children and young people to store and sell drugs. They are intimated, coerced, threatened and often subject to violence. Joint policing operations such as today’s play a vital part in not only putting offenders behind bars, but identifying and safeguarding young and vulnerable people that are being exploited.

“We cannot do this without the help of our communities and I would urge everyone to familiarise themselves with the signs that someone is being exploited and coerced into criminality, and report it to police so we can take action.

“Ultimately everyone should be warned that if you get involved in crime, you risk facing the consequences. But when we identify vulnerable, exploited people during our enquiries, we ensure they are treated with sensitivity and understanding, and are offered appropriate support. Our primary target is those who seek to use them for their own selfish gain.”

DCI James Edmonds said: “Class A drug supply has a huge impact on the community and today’s activity demonstrates a commitment from Lancashire Constabulary, Merseyside Police and Blackpool Council to tackle this criminality together. Those engaging in this activity should be warned that they will be targeted and brought to justice.

“The arrests across Lancashire and Merseyside demonstrate our determination to tackle local dealers and those that supply them. County Lines groups target vulnerable people in our communities and we will work tirelessly with our partners to protect vulnerable people”

“We rely on information from the community and I would urge anyone who has information about criminality of this type to contact us through 101 or anonymously via CrimeStoppers on 0800 555 111.”

In Lancashire a new, system-wide approach to tackling drugs is being piloted in Blackpool.

Standing for Addiction, Diversion, Disruption, Enforcement and Recovery, Project ADDER sees the police, council and health services working in partnership to address the root causes of drugs misuse and break down supply chains.

The project is being piloted in four locations across England plus one in Wales and will focus on co-ordinated law enforcement activity together with expanded diversionary programmes and treatment and recovery services. This is in addition to existing work and will ensure people in need of help can access support.

Project ADDER will run for 3 years and brings a Home Office investment of £1.1 million for the Blackpool pilot.

The programme aims to tackle illegal drug misuse by bolstering local police capabilities to support an increase in targeted drug supply disruption and related offending; use the criminal justice system to divert people who use drugs away from offending and into health interventions; and a comprehensive expansion of drug outreach, harm reduction, treatment and recovery support services.

Anyone with information which could assist our investigation into County Lines criminality can DM @MerPolCC, call 101 or contact the Crimestoppers line anonymously on 0800 555 111.