A man who lured a woman to a house in Blackburn before stabbing her multiple times has been given a sentence totalling 19 years. 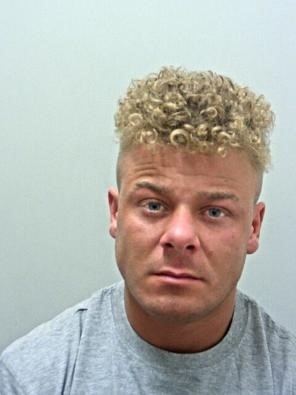 At 4.04pm on October 5, last year, officers were called to a property in Rolleston Road following a report a woman in her 20s had been stabbed.

The suspect, now known to be 25-year-old Levi Davidson, fled the scene but handed himself in at Greenbank Police Station later the same day.

The victim, whose throat Davidson had threatened to slit while in possession of a large zombie knife, was taken to hospital with injuries to her face, shoulder and back.

He pleaded guilty to attempted murder and was today (June 7) given a 16-year custodial sentence by Judge Heather Lloyd sitting at Preston Crown Court. Davidson was also deemed to be a dangerous offender and was given a three-year extended licence period.

DC Paul Beverley, of Blackburn CID, said: “Davidson lured his defenceless victim to the property under false pretences knowing full well that he was going to subject her to brutal and frenzied attack. The attack was cowardly and reckless, and it is a miracle that the victim did not lose her life.

“I would like to praise her for the bravery she has shown throughout the court process and my colleagues for the diligence and professionalism throughout this investigation.

“I welcome the sentence handed down by the Judge and I am glad the Court recognised the danger Davidson poses, meaning that he will continue to be monitored even after he is released from the custodial element of his sentence. I hope it sends out the strongest possible message that Lancashire Constabulary will not tolerate anyone brandishing or using weapons and will go after them with the full force of the law."