A MAN who trafficked a woman to the UK to work as a prostitute has been jailed for 12 years.

Florica Calin arranged and paid for the woman to come to the country on a promise of work in a factory.

She arrived on an Easyjet flight from Barcelona to Liverpool in June 2018 but was then immediately forced into prostitution.

Police launched an investigation after she went into a shop in Burnley in November 2018 and asked for help. Detectives then uncovered a network of brothels where the woman, a Romanian national, had been forced to work.

The brothels included addresses in Preston, Accrington and Burnley. Calin paid for adverts offering the woman for sex on classified advert website Vivastreet.

Calin, 60, was arrested and later admitted offences of trafficking for sexual exploitation, money laundering and conspiring to pervert the course of justice. He appeared at Preston Crown Court on Tuesday, June 8th and was jailed for 12 years. 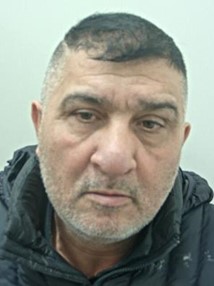 He was previously arrested for trafficking in London in 2009 and was extradited to Spain to face the same charges. He was convicted and jailed for nine years. He also has convictions in Romania for pimping.

Calin’s partner, 39-year-old Paula Coltatu, was jailed for 16 months for offences of money laundering and perverting the course of justice. At the time of her arrest she claimed to be a victim but her story unravelled and it was proved she was working with Calin. She fled to Romania after being charged but was brought back to the UK on a European Arrest Warrant. 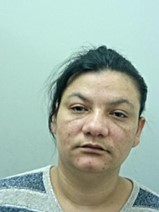 The victim, aged 36, has now returned to Romania.

Det Sgt Stu Peall, whose team uncovered the brothel network run by Calin, said: “This woman was treated as nothing more than a commodity without any regard for their wellbeing or human rights. The evidence clearly showed that Calin was controlling this woman for the purposes of prostitution.

“Lancashire Constabulary is committed to tackling exploitation of all kinds and today’s sentences are the culmination of the hard work and dedication of our officers who continue to work proactively to put an end to modern slavery.”

“We welcome any community intelligence that may help to identify addresses where prostitution may be taking place. If you suspect suspicious activity is taking place, please let us know. We take all reports seriously and will investigate thoroughly.

“We want to offer help and advice for people who think they may be victims of human trafficking or slavery.

“There are a number of ways you can contact someone for help. You don’t have to speak directly to the police there are charities that can help you. You can also ring some services anonymously; you do not have to give your name or go to court or give a statement.”