Man guilty of murdering mother and daughter in Reedley

A man has admitted the brutal murders of a mother and daughter at their home in Reedley last year.

Khan had initially denied his part in the killings and was put on trial, but yesterday (Wednesday, June 30th) pleaded guilty to two counts of murder, as proceedings were coming to a close. He also pleaded guilty to a further count of arson being reckless as to whether life is endangered, having set both bodies alight after killing them.

His wife, Rabia Shahbaz, 45, also of Ribble Avenue, Burnley, stood trial at the same time and was convicted today (Thursday, July 1st) of committing an act with intent to pervert the course of justice, having given false alibis for her husband for the day of the murders.

Both the trial judge and the foreman of the jury commended the police for the quality of the investigation.

The bodies of Saman and Vian were found on the morning of October 1st 2020, after police were called to their home address over concerns for their welfare.

A post-mortem examination concluded Saman died from pressure to the neck, the home office pathologist concluding that it is likely that she had been strangled with a ligature. Vian’s body was so badly fire-damaged that the pathologist could only say she died of asphyxiation ‘on the balance of probabilities’ based on bruising to the inside of her throat and the fact that she had a woollen item draped around her neck and in her mouth.

Both women had Diazepam – sometimes known under the brand name Valium - in their systems, suggesting they had been drugged prior to being killed.

Following the discovery of the bodies a major investigation was launched and officers pieced together CCTV, telephone records, witness and other evidence to establish Mr Khan had carried out the killings.

This evidence included CCTV footage which showed a figure approaching the house at around 11.50am on the day of the murders, and not leaving until around 10pm.

Khan later admitted he was the figure seen entering and leaving the address on September 30th, but until last week denied murdering the mother and daughter, saying they were still alive when he left the house.

The prosecution argued that he had, in fact, drugged Saman by mixing Diazepam, Rose wine, fruit and a spice into a smoothie. Once she was drugged, and unable to fight back, he had killed her.

Vian had returned home from school at around 3.25pm that day, at which point she was also drugged and killed.

Prior to leaving the address it is believed Khan made attempts to cover his tracks by setting both bodies and a kettle in the kitchen alight to suggest the deaths had been caused by an electrical fire.

He had also scrawled graffiti on the walls which said ‘my mum is evil’ and ‘this is a Covid house’, which the prosecution said was done in case the fires didn’t take hold to suggest a falling-out between the two victims which had resulted in Saman taking her own and her daughter’s life.

It is believed that the Diazepam used to drug the victims may have been prescribed for Shahbaz by Saman herself, in her capacity as a doctor.

A quantity of jewellery belonging to Saman, worth an estimated £27,000, was later found in Khan and Shahbaz’s loft by police.

Detective Chief Insp Pauline Stables, of Lancashire Police’s Force Major Investigation Team, said: “A mother and daughter lost their lives in what can only be described as a brutal and shocking attack, and it is impossible to comprehend what they must have gone through that day.

“From the very start of the investigation it was clear that Saman and Vian were exceptional women: both popular, friendly, hard-working and kind. The loss felt by their family and friends is immeasurable.

“Not only were they killed in their own home, where they should have been safe, but they were attacked by someone they knew and trusted. Though Mr Khan’s motive remains unclear, we believe it could have been greed or jealousy, especially as we found a quantity of jewellery belonging to Saman at his address following the murders.

“When the police investigation was launched Mr Khan began to weave a web of lies, aided by Mrs Shahbaz, who gave him false alibis for the day of the killings. When he finally admitted he had been at the address that day he still refused to admit his guilt.

“Since then he has forced the grieving families of both victims to sit through three weeks of a trial throughout which he continued to deny responsibility before finally admitting his guilt.

"We cannot thank the families enough for the dignified way they have conducted themselves throughout the investigation and subsequent judicial process and we hope they are able to take some comfort from the fact that Mr Khan has admitted his guilt and Mrs Shahbaz has been convicted.

“We know these murders caused shockwaves in Reedley and we must also thank the community for their help and support, particularly those people who provided us with CCTV and other information that helped us piece together what happened.

“I would also like to commend all the officers and staff at Lancashire Police whose dedication and professionalism in this hugely emotive case has led to getting justice for Saman and Vian.

“Finally, though nothing can bring back Saman and Vian, justice has now been served and we must thank the jury for the time they spent considering all the evidence, some of which was quite distressing.”

Khan and Shahbaz will be sentenced at a later date. 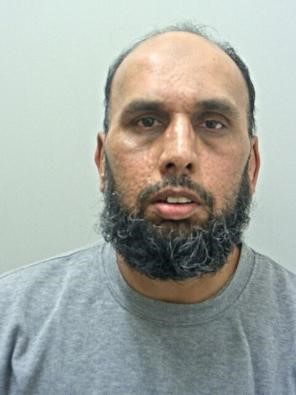