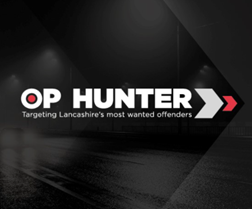 A man has been arrested as part of Operartion Hunter which targets the county's most wanted offenders.

Last week we issued East Lancashire's top five most wanted people as part of the operation, which launched last week.

We have now arrested two of our five most wanted. At the weekend Kyle Granite, 29 from Rishton was arrested in Burnley following our appeal and remanded in custody to appear at Preston Crown Court tomorrow. Daniel Donaldson was also arrested last week.

That's two down and three to go out of our top most wanted offenders in East Division can you help us find the others trying to evade capture?

Please quote log number 0364 of July 14th for any sightings. 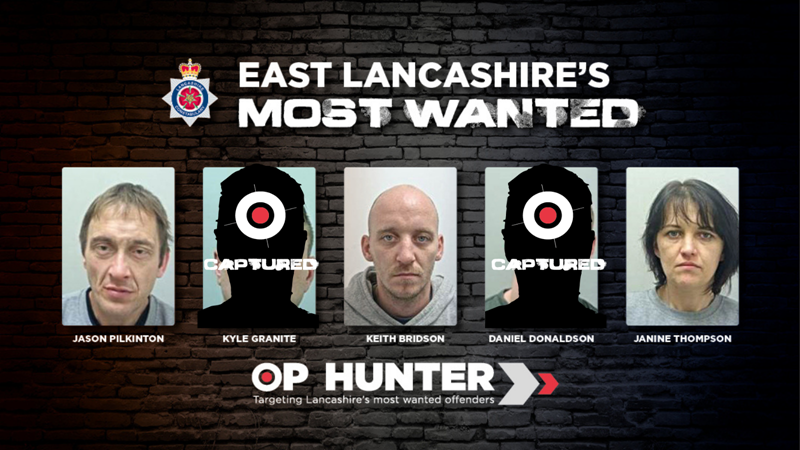 Anybody who sees him, or has information about where he may be, is asked to email: [email protected] or call 101.

Anybody who sees him, or has information about where he may be, is asked to email: [email protected] or call 101.

Anybody who sees her, or has information about where she may be, is asked to email: [email protected] or call 101.

Ch Insp Stephen Holgate, who is coordinating the Operation said:

"If you see any of these individuals or have any information on their whereabouts we need to hear from you.

"We arrest a significant number of people who are wanted as part of our daily business. However, a small number of people will do all that they can to evade capture by the Police and go to ground. If you can help us locate these individuals please get in touch.

"Operation Hunter sends a clear message to criminals that there will be no hiding place. For those who think they can evade the criminal justice system, they are wrong - it is only a matter of time before you are caught."