Wanted man Dailen Royle has been arrested as part of Operation Hunter.

The 24-year-old from Blackpool had been wanted since April after failing to appear at Blackpool Magistrates Court charged with breaching a court order.

Royle, who had been released on licence, will now be recalled to prison to serve the remainder of his sentence for convictions of assault and criminal damage.

This comes following the arrest of James Geddes, 21 who was wanted in connection with an assault and kidnap in Fleetwood.

A 36-year-old man from Morecambe, was also arrested and returned to prison to serve the remainder of his sentence for arson.

He will also be spoken to in connection with reports of assault, criminal damage and threats to kill.

That's four down, one to go of the most wanted individuals in West Lancashire.

They are all wanted by police as part of Operation Hunter dedicated to finding those trying to evade capture.

Since the operation was launched earlier this month, we have made more than 60 arrests in West Division and now we need your help.

If you know these individuals or have any information on where they are please contact us on 101 quoting log number 0523 of July 28th. 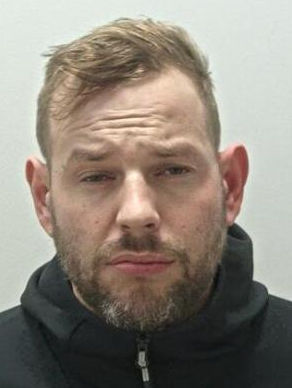 Anybody who sees him, or has information about where he may be, is asked to email [email protected] or call 101. In an emergency call 999.