Family pay tribute to woman who died after attack in Nelson

THE family of a woman who died after she was attacked at a house in Nelson have paid tribute to her. 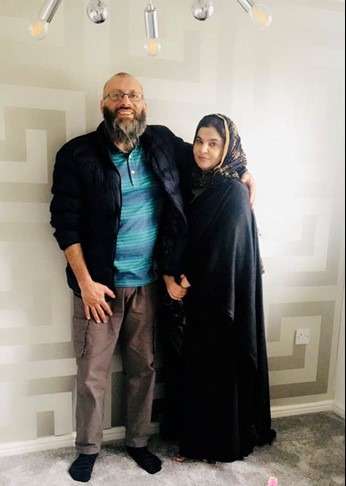 We were called at shortly after 10pm on Sunday, July 4th to reports of a disturbance at an address on Roberts Street in the town.

Officers attended and found a man and a woman, both in their 50s, with serious head injuries.

They were both taken to the Royal Preston Hospital but yesterday evening (Monday, July 5th), Ishrat Ahmed, 52, sadly passed away there.

Her husband, Afaq Ahmed, 55, remains at hospital in a serious but stable condition.

In a tribute Ishrat’s family said today: “Our beloved mother was blessed with the kindest heart and the sweetest touch and was loved by every single one of us.

Whilst we are all heart-broken we have the most beautiful memories of the best mother in the world.”

A 58-year-old man from Nelson arrested a short time after the incident is now being detained on suspicion of murder and attempted murder. He remains in custody at this time.

Magistrates this morning (Tuesday, July 6th) granted detectives a warrant of further detention so they could further question the suspect.

Detective Chief Inspector Al Davies, of Lancashire’s Force Major Investigation Team, said: “My thoughts and those of the all the investigation team remain with the Ahmed’s family and friends. Our focus is on achieving justice for them and they continue to be supported by Family Liaison Officers.

“We continue to question a man on suspicion of the murder of Ishrat Ahmed and the attempted murder of Afaq Ahmed and I would appeal to anyone who has any information which could assist our enquiries to get in touch.

“I would again ask that for the sake of Mrs Ahmed’s family people do not share rumour and speculation, in particular on social media. We will continue to update people as and when we can and people can rely on us to put out trusted and factual information.

“We will continue to have extra patrols out and about in the area over the next few days and should anyone have concerns, or information, please approach an officer.

“Again, I would like to thank the community for their co-operation and support during our enquiries so far.”