Three members of a gang who doused a man in petrol and set him ablaze have been jailed for a total of almost 60 years for his murder.

And today the officers investigating the murder of Robert Beattie have pledged to continue the search for two men that are still wanted in connection with the incident. 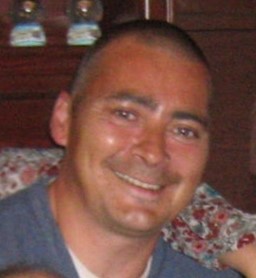 The 48-year-old sadly died from his injuries two weeks after the attack – which came as a result of feuding gangs trying to instil fear and command their dominance in the drugs supply trade in Skelmersdale.

Mr Beattie, and others in Skelmersdale, had become victims in County line drug dealing, buying and dealing drugs on behalf of a group known as the ‘Nathan Line’. This angered the leaders of the rival Merseyside-based ‘Ronnie and Reggie’ line and led to them attending Skelmersdale on the evening of 25th September.

At just after 11pm on Wednesday 25th September 2019 a deliberate fire was started at an address on Willow Hey in Skelmersdale.  The occupants there had also started buying and selling drugs for the ‘Nathan’ line. Petrol was poured through the letter box and onto the front door which was then set alight.

The occupants luckily managed to escape the premises without injury and contact the emergency services.

An hour and a half later, at about 12.40am, Robert Beattie was at his flat in Waverley, Skelmersdale when there was a knock at his front door. He answered the door and a group of men forced their way into his flat and doused him and his flat in petrol. Both he and his flat were then set on fire before the men fled the scene.  Mr Beattie sustained serious injuries and was taken to Whiston Hospital but sadly died from his injuries two weeks later.

Connah Jenkinson, 26, of Kremlin Close, Liverpool was found guilty of murder and arson with intent and was sentenced to life with a minimum of 30 years.

Joseph McEwan, 20, of Damsire Close, Liverpool was found guilty of manslaughter and arson being reckless as to whether life was endangered. He was sentenced to 13 years.

John O’Brien, 33, of Ingrave Road, Liverpool was also found guilty of manslaughter and arson being reckless as to whether life was endangered. He was sentenced to 15 years.

We are now concentrating on identifying two additional men who were involved in the attack and would appeal to anyone who has information to come forward.

An extensive police investigation showed the Liverpool gang had travelled from Merseyside to Skelmersdale in O’Brien’s Citroen van with a distinctive feature of a teddy strapped to the front radiator grill which was captured on CCTV.

Police enquiries also showed the mobile phone numbers ascribed to the R&R line, Jenkinson and McEwan showed they were all in use in Liverpool before the attacks, travelled to and from Skelmersdale on the day of the attacks and subsequently became untraceable in the days following.

DCI Pauline Stables said: “Robert Beattie was a vulnerable man who was the victim of a brutal, horrendous and violent attack which caused extensive and widespread burns. His injuries were not survivable and resulted, tragically, in his death two weeks later. It is hard to think of a more horrific way to die and my thoughts today are foremost with his loved ones.

“The men convicted of this brutal murder travelled to Skelmersdale to carry out these offences with a complete disregard for human life and in an effort to intimidate and instil fear in our local vulnerable communities and establish a foothold dealing drugs.

“This terrible incident is testament to the fear, misery and devastation travelling drug dealing gangs or “County lines” can cause to the local community.

Two of the group responsible for the attack have yet to be identified and I would urge anyone with information to report it to Lancashire Police.”

Anyone, who has any information that they think might be useful is asked to please get in touch via the Major Incident Public Portal at https://mipp.police.uk/operation/0401020119P01-PO1 quoting log number 0277 of today’s date (January 22nd).