Can you help us find a missing teenager?

We are growing increasingly concerned about James Macadam after he went missing following a New Year’s Eve party.

James, 19, left his home address in Carnforth at about 10pm on December 31st to go to a party on the Marsh estate in Lancaster.

Following the party he got a taxi with friends but was dropped off on Christie Avenue in Morecambe at about 6am. He walked from the taxi in the direction of Ennerdale. He hasn’t been seen since. 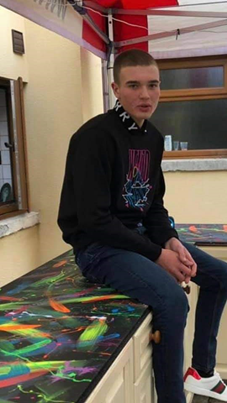 Chief Inspector Sally Riley, of West Police, said: “James has now been missing for a number of hours and we are growing increasingly concerned about him, especially as it is out of character for James to go missing and the weather has been particularly cold. I would ask anyone who sees James or has any information about where he might be to get in touch. I would also ask James to get in touch if he sees this appeal to let us know he is okay.

“It may be that James has tried to walk home and become disorientated and sought shelter somewhere because of the cold weather so I would ask people in the area to check any sheds or outhouses and CCTV.”

Anyone with information is asked to call 101 quoting log number 1453 of January 1st. For immediate sightings please call 999.