Removing dealers and their illegal drugs from our streets is a continual goal for the Targeted Crime Team (TCT) at Lancashire Constabulary.

Officers from the dedicated TCT unit investigate organised crime groups and their members connected to the supply of class A drugs in our communities. With covert operations, early morning raids and specialist canine support, the team work tirelessly to tackle criminality and safeguarding issues linked to drug dealing.

Police systems, officer observations and information from the public are all used to build intelligence cases around subjects suspected of being involved in this type of criminality. The team make use of stop search powers to proactively target suspects in order to maximise disruption against these organised groups. They also work with partner agencies including probation, social care and education services to assist in the targeting offenders and the rehabilitation of individuals caught up in this type of criminality.

Last July Jacob Barton, 20 and Gurdial Singh, 27, were seen driving around Blackburn in a silver Ford Focus attending meetings with a number of suspected drug users. The vehicle was stopped on Cardwell Place, Blackburn where Barton ran from the vehicle but was detained in the town centre. He was found to be in possession of £700 worth of Crack Cocaine and Heroin in street deals, various wads of cash and several mobile phones. Subsequent house searches in Preston uncovered further amounts of Heroin and Crack Cocaine worth £270 and £900 cash.

Barton, of Bank Hey Lane North, Blackburn and Singh, of Ribbleton Avenue, Ribbleton, Preston, pleaded guilty to possession with intent to supply Class A drugs and were sentenced at Preston Crown Court to three years each in prison.

In February 2020 Fayjul Haque, 27, was seen by officers during a drugs transaction in Burnley and was detained inside Tesco Express, in Casterton Avenue. He was found to be in possession of a Kinder Egg containing Crack Cocaine and Heroin. A further search of the shelves at Tesco also lead to the recovery of a large snap seal bag containing more street deals of Crack and Heroin.

Haque, of Fifth Avenue, Burnley, pleaded guilty to possession with intent to supply class A drugs and was again sentenced to three years in prison. 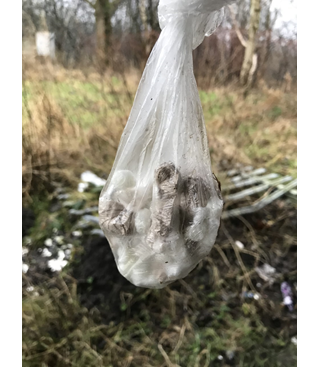 On several occasions during 2020 Mohammed Dar, 19, was stopped in circumstances relating to the supply of class A drugs. During this time, he had mobile phones, cash and drugs seized either directly from him or from people connected to him. An investigation was put together and through forensic evidence and telephone records, Dar was charged with being concerned in the supply of Class A drugs.

Dar, of Taylor Street, Burnley, pleaded guilty to the offence and was sentenced to three years, nine months in prison.

Sgt Hayden Sibley of the Targeted Crime Team said: “Drugs bring misery to our communities and we will pursue anyone we believe to be involved in drug related crime.

“As always we need intelligence coming from members of the public to alert us to potential drugs activity so that we can investigate and continue to disrupt these organised gangs. I would encourage anyone who feels that they have information that could help to contact us or independent charity Crimestoppers anonymously.”