Jail for sex offender who shared recording of himself assaulting child

A paedophile who filmed himself sexually assaulting a child and shared the recording with other sex offenders online has been jailed for eight years. 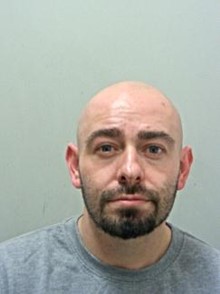 An investigation was launched on November 5, this year, after Lancashire Police were contacted by the National Centre for Missing and Exploited Children. They raised concerns about indecent images being shared via a social media application.

The IP address of the account being used to share those indecent images – 21 in total – was traced to a property in Accrington and Hamilton was arrested on the evening of November 5.

During police interview Hamilton admitted being attracted to young girls and said he got a thrill out of sharing indecent material online.

Hamilton, of no fixed address, was charged with sexual assault on a child, voyeurism and making indecent images of children.

He pleaded guilty to all charges put to him when he appeared before Blackburn magistrates last month.

On Friday (December 10) at Preston’s Sessions House, Hamilton was sentenced to eight years in custody and ordered to sign the Sex Offenders Register for life. He was also given an indefinite Sexual Harm Prevention Order (SHPO), limiting his interactions with children.

DC Lee Forshaw, of East CID, said: “Jay Hamilton is a despicable individual who clearly presents a danger to children. To satisfy his own sordid sexual interests, he took it upon it himself to make abhorrent child abuse material which he then shared with other sex offenders.

“Even though he stated in his police interview that he was fully aware his appalling behaviour was wrong, he continued to do it anyway. Without the quick actions of the police and our colleagues from the National Centre for Missing and Exploited Children, I am convinced Hamilton would still be continuing to engage in his sordid criminal acts.

“I welcome the sentence handed down by the court. Once Hamilton is released he will be subjected to monitoring and the public will be afforded the further protections of the SHPO and notification requirement.”