Teenager given nine-year sentence after stabbing man in Blackburn

A teenager has been given a nine-year custodial sentence after stabbing a man in Blackburn. 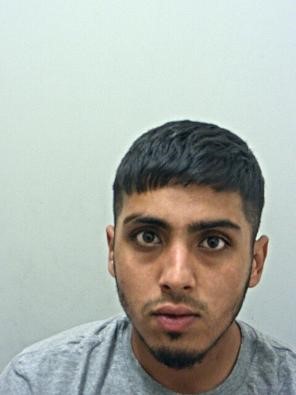 Officers were called to Dalton Close at 2.50pm on August 5, last year, to reports a man in his 20s had suffered a single stab wound to the abdomen.
Although his condition was described as life-threatening at the time, thanks in part to the quick actions of his neighbours and officers at the scene in coming to the victim’s aid, that did not prove to be the case.
Following enquiries 19-year-old Danish Moosaji, was arrested later that same day on suspicion of attempted murder.
Last week Moosaji, of Dalton Close, Blackburn, was found guilty of Section 18 wounding and possession of an offensive weapon following a trial at Preston Crown Court.
He was found not guilty of attempted murder.
He was sentenced to nine years in a young offenders institution.

Temp Det Sgt Alex Rawsthorn, of Blackburn CID, said: “This was a serious assault that would have resulted in the death of a young man if not for the fast and selfless actions of the residents of Dalton Close and officers.

“It is only through luck more than judgement, that Moosaji wasn’t facing a murder charge.
“I want to thank everybody who played a part in securing this significant sentence and praise the victim for the bravery he has shown throughout this case. Hopefully the fact Moosaji is now in custody will provide him with some comfort.”