A man who attempted to rape a woman in Blackburn has been given a sentence totalling more than 12 years. 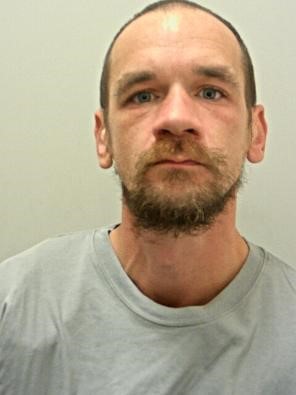 Police were called by the victim just before midnight on October 11, 2019, reporting that she had been the victim of an attempted serious sexual assault on Dixon Street in the town.

Based on her description of the suspect, officers arrested 35-year-old Philip Shaw a short time later.

The victim told officers how the man had grabbed her and attempted to rape her.

During his interview, Shaw said he had earlier engaged in sexual activity with another woman but denied raping the victim. Shaw said he knew the seriousness of rape and had been to prison for it before.

Shaw, of Parsonage Court, Sandown, Isle of Wight, maintained that stance all the way to his trial but pleaded guilty on the second day to attempting to rape a woman over the age of 16.

Sitting at Preston Crown Court on Friday, Recorder Geoffrey Payne sentenced Shaw to eight years and three months custody with a further four years on extended licence, having deemed him to be a dangerous offender.

Tony Roberts, of East CID, said: “I welcome the sentence handed down by the court and I am pleased this dangerous individual is now off the streets of East Lancashire for a considerable amount of time.

“Although he knew exactly what he had done, Shaw lied throughout the case and only admitted his guilt when the courageous victim had attended court and was ready to give evidence against him.

“I hope this conviction and sentence sends out s strong message that Lancashire Constabulary will not tolerate this kind of despicable offending and will do all we can to bring the perpetrators to justice."

If you have concerns that somebody you know maybe the victim of a sexual offence call 101 or 999 in an emergency. For more information and help and support visit  https://www.lancashire.police.uk/help-advice/personal-safety/rape-and-sexual-assault.