Man given life sentence after admitting to Burnley stabbing

A man has been given a life sentence after admitting to stabbing a man in Burnley. 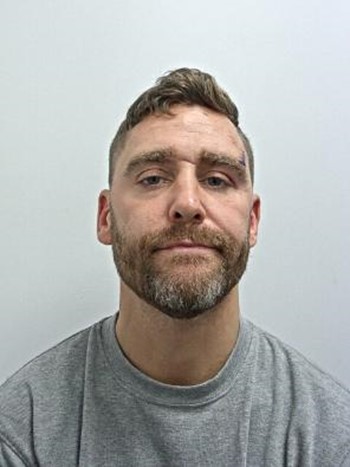 Officers were called just before 6.10pm on October 20 to reports of a disturbance at a social club in Green Street.

When they arrived, officers found a man in his 20s with stab wounds to his back and chest and a cut to his foot. He was taken to hospital in a serious condition, but thankfully his injuries did not prove fatal.

A short time later, 42-year-old Dale Fallows was arrested at a nearby address on suspicion of attempted murder.

Officers were told that before the attack the victim had been sat with a group of people in the social club when Fallows began abusing a woman within that party. He then left the venue but returned a short time later and said he was going to burn down the social club and assaulted the woman.

At that point the victim intervened and Fallows left again, telling the woman while they were alone outside: “I’m going to stab him, watch.”

Fallows returned a short time later and stabbed the victim with two knives numerous times, before walking back out of the social club.

While in custody, Fallows was asked what he did for a living and he responded by saying: “I kill people for a living.”
Following consultation with the Crown Prosecution Service, Fallows, now of no fixed address but previously of Bracewell Street, Burnley, was charged with attempted murder, breach of a restraining order, possession of a bladed article and assault by beating.

Fallows pleaded guilty to Section 18 GBH, breach of a restraining order, possession of a bladed article and assault by beating.

He was sentenced to life imprisonment, with a minimum term of eight years and 44 days.

DC Matthew Bourne, of Burnley CID, said: “The level of violence used by Fallows in what was an unproved attack was completely unacceptable. He had plenty of time to consider the consequences of his actions when he was going to and from the club, but still chose to inflict injuries on the victim which could have easily resulted in him losing his life.

“I welcome the sentence and am pleased that this dangerous individual is now off the streets of East Lancashire.”