A drug-dealer who assaulted a police officer as she attempted to detain him has been jailed for 42 months. 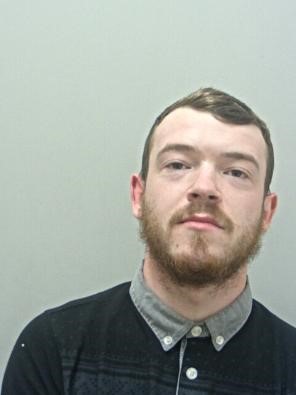 As officers followed him onto Redlam and then West View, Gordon attempted to run away, but was arrested trying to enter a property after he had tried to circle back into Redlam.

Gordon was released under investigation and when officers executed a search warrant on his property on November 23, 2019, they find more Class A and Class B drugs.

On July 6, 2020, officers on patrol in West Street, Blackburn, they saw Gordon conduct a drug deal with a teenage girl.

Gordon then went home as officers confirmed with the girl that Gordon had sold her a small bag of cannabis.

When officers went back to Gordon’s property to arrest him, he tried to get rid of a bag containing 36 smaller bags of cannabis.

Gordon then climbed up onto the roof of the house ran across all the roofs along the row of terraced houses until he reached the end premises and jumped into the alleyway.

When a PCSO has gone to detain him he has assaulted her by throwing her against a wall, into a bin and onto the floor.

PC Nicola James, of the Blackburn with Darwen and Hyndburn Taskforce, said: “I welcome the sentence and I am pleased that the people of Blackburn will get some much needed respite from Gordon’s criminality. Not only was he selling drugs to some of the most vulnerable members of society, including children, he also assaulted an officer who was simply doing her job.

“I would also like praise my colleagues in the neighbourhood policing team, task force and the targeted crime team for helping to bring Gordon to justice.”