A three-year Criminal Behaviour Order (CBO) has been given to a Preston woman who persistently targeted an 81 year old male with dementia at his home address. 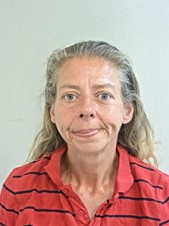 Claire Neville, 48, of no fixed address, was issued with a CBO and a restraining order, following conviction for harassment, which is in force until 30 July 2023.

Claire befriended the victim and regularly visited him asking for money, for her own financial gain, over several years, but especially over an eight-month period having realised he had been widowed.

Police worked tirelessly with the victim’s family after they discovered what was happening, to gather evidence and a criminal behaviour order was granted by Lancashire Magistrates Court against Claire Neville.

While the CBO is in place, Claire Neville must comply with the following provisions:

Not ask people for money or goods or approach any person for that purpose in any public place or in any place which the public have access to, unless during the process of buying goods or services in retail premises.

Not instruct, encourage or permit any other person to approach any residential address within the county of Lancashire for the purposes of asking for goods or money.

Not be with or associate or communicate directly or indirectly with the victim.

Not to enter Bushell Place in Preston.

Not enter Preston train station or any surrounding land owned by the railway, including the train station car park, unless travelling by train.

Not to enter any supported living or sheltered accommodation facilities without prior permission from the housing provider, unless residing there as a permanent resident.

Positively engage with drug and alcohol services provided by INSPIRE.

Failure to comply with the above could result in a prison sentence.

Sgt Dan Wood of Preston Police said: “This activity has been going on for some time with this particular man. We have worked closely with the victim’s family to ensure he is safeguarded but also it has taken time to build up evidence as a lot of this activity has been difficult to capture.  Operation Wolf is a multi-agency approach to tackling elderly exploitation.  Hopefully this CBO will act as a deterrent to those thinking of targeting vulnerable people.

Vicky Curteis, daughter of the victim said: “This has been a particularly distressing time for the family. My dad was vulnerable, yet this woman was very manipulative and continuously harassed him for money and he genuinely thought he was helping her and because of his dementia, he didn’t realise how often she kept coming to his front door. I can’t stress enough how important it is to report any suspicions to the police straight away, keep notes of any unwanted visits and install CCTV if possible. Preston Neighbourhood Policing team were great with their advice and support.  If you want to help someone, do it through the proper channels and through a recognised charity not by giving anyone money at your front door or in the street.”

If you have any concerns that someone you know or a relative might be a victim, please report it by calling 101 or online quoting OPERATION WOLF in your report. If you have any other information regarding elderly exploitation this can be sent by email to it through [email protected]