Appeal after motorcyclist dies in collision

We are appealing for information after a motorcyclist died following a collision on the M55 motorway.

The crash happened at 9pm on Sunday (September 6th) when an Audi A4 collided with the rear of a Suzuki motorbike causing the rider to fall from the bike.

A third vehicle, a Ford Focus, then collided with the motorbike rider who suffered serious injuries and sadly died at the scene. His family have been contacted and our thoughts are with them at this time.

He can now be named as 32-year-old Andrew Wallbank from Blackburn. 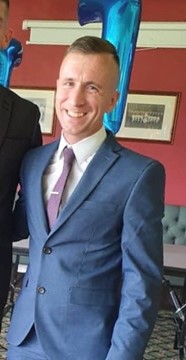 The driver and passenger of the Audi, a man aged 40 and a woman aged 29, were arrested on suspicion of causing death by dangerous driving. They have been released under investigation.

In a tribute Andrew's family said:

"The family are truly heart broken at the news and loss of Andrew. Andrew was a fun and friendly character who wore his heart on his sleeve. He was at his happiest when riding his motorbike with his twin brother or surrounded by his family & friends. Andrew will be greatly missed by many and leaves a huge hole in our family."

Sgt Andrew Hemingway, of Lancashire Constabulary’s Tac Ops, said: “This collision has very sadly resulted in a man losing his life and my thoughts are very much with his loved ones at this time. Our inquiries into this incident are on-going and I would appeal to anyone who witnessed the collision itself or who has any information which could assist to come forward.

“If anyone saw the motorcycle prior to the collision or has any dashcam footage then I would especially like them to contact us.

“I would also like to take this opportunity to thank everyone who was affected by the closure of the motorway for their understanding while we dealt with what was a very complex scene. I know this caused issues for many drivers but I’m sure people understand why it was necessary.”