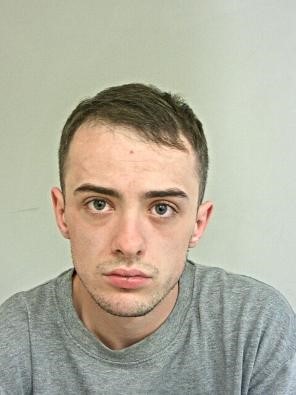 Have you seen this man wanted in connection with a burglary?

We want to speak to Callum McAllister, after a burglary at Grove Farm Drive, in Adlington on September 25th.

The 22-year-old of Progress Street, Chorley, is described as around 5ft, 6in tall, of medium build with short dark brown hair. He has the word Lucy tattooed on the back of his neck.

An amount of cash and several bank cards were stolen during the burglary and subsequently reported to have been used in fraudulent transactions.

McAllister is also wanted after he failed to appear at Preston Crown Court on September 15th to face a previous charge of theft.

PC Tim Phillips of Lancashire Police said: “I would like to appeal to members of the community that if they have any information or know the whereabouts of McAllister to contact the police as soon as possible.”

Anyone with information is asked to contact 101 or email [email protected] quoting log number 0146 of September 25th.